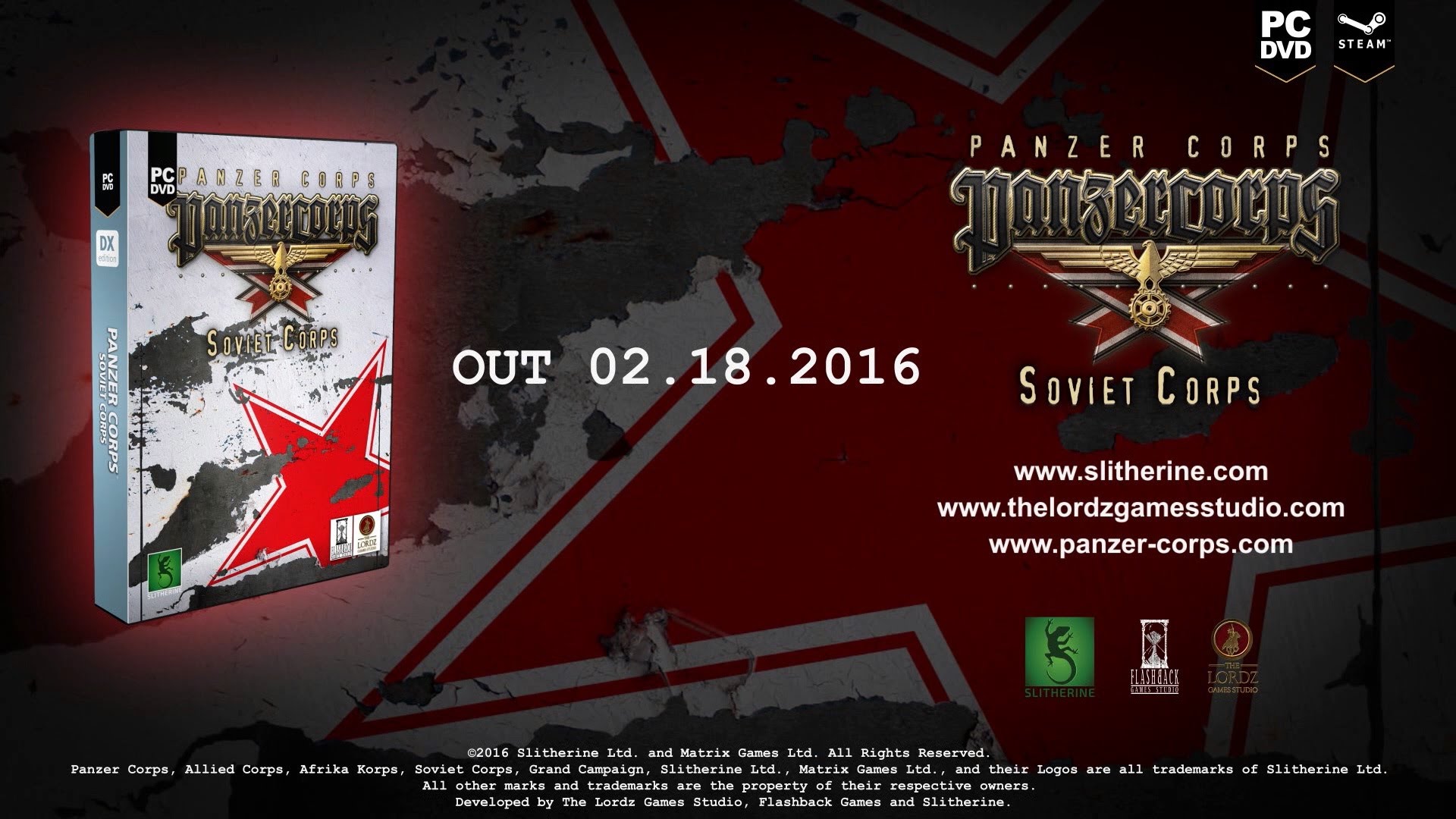 The Mongolian border, Summer 1939: Constant tensions between Manchukuo – the puppet state of Japan – and the Mongolian People’s Republic, allies of the Soviet Union led to intense firefights in the vicinity of the Khalkh River. This battle of Khalkhyn Gol was the first of a long series of battles fought by the Red Army against Axis powers.

All-time classic Panzer Corps (80 Metascore, 96% of positive reviews on Steam) is now revisiting the Great Patriotic War and other minor conflicts from 1939 to 1945, from the Soviet point of view.

All of the iconic battles of the Eastern Front of WW2 such as Moscow, Stalingrad and Kursk are included in Soviet Corps, which features a massive branching campaign with more than 25 unique scenarios!

Available today, this huge expansion also introduces more than 60 new regular and special elite units to give more strategic options to the players.

About This Content
Welcome to Russia, Comrade. Failure is not an option.

Expanding upon the award winning Panzer Corps game system, Soviet Corps puts you in command of the forces of the Stalin’s Russia and expects nothing less than Total Victory!

Can you resist Operation Barbarossa with defensive actions such as at Bialystock-Minsk and Moscow before counter-striking to relieve and encircle Stalingrad and start the reclaiming of Soviet soil? You will also see action in Finland, The Crimea, Romania and Hungary before breaking down the doors of Berlin itself.

Panzer Corps: Soviet Corps is an expansion for existing Panzer Corps owners and a full stand-alone for new players.

Soviet Corps includes more than 25 new scenarios in a branching campaign stretching from Murmansk to The Crimea and from Khalkhin Gol to the banks of the Elbe.

Players will also have access to over 60 new regular and special elite units including the PT-34 variant of the T-34, GAZ-67B jeep recon, G-11 glider and even the IS-3 Heavy Tank!