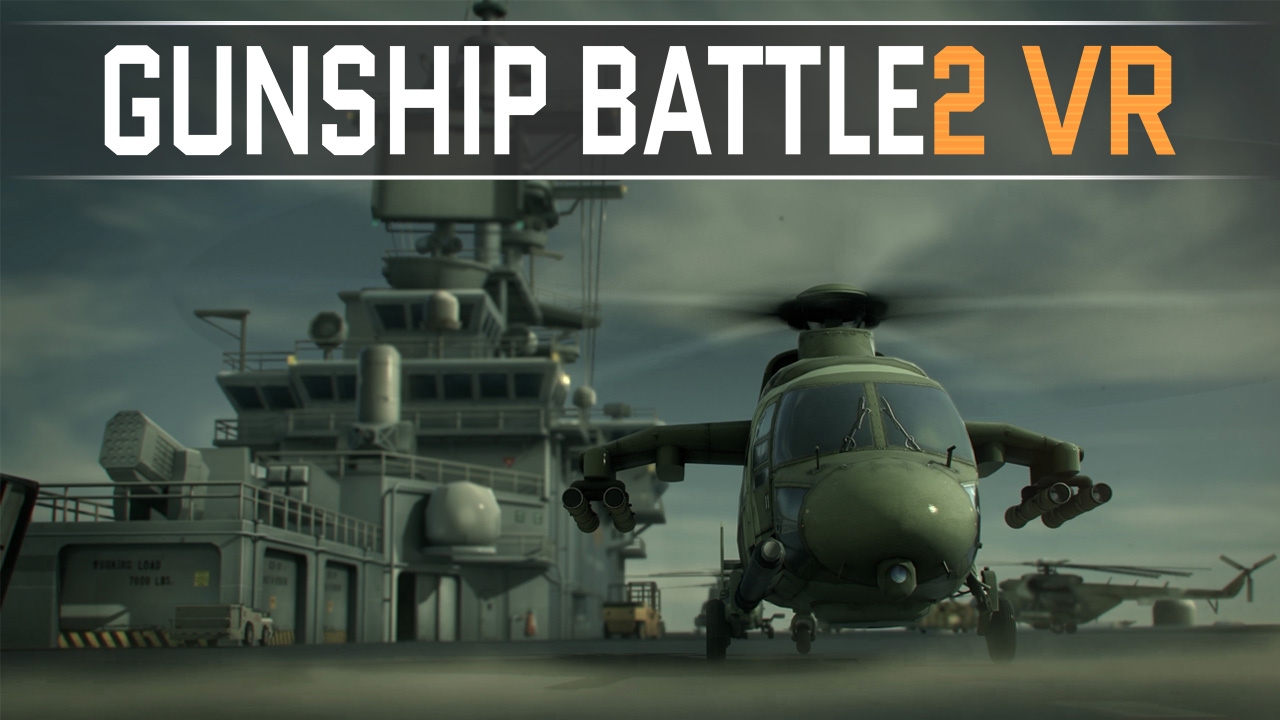 Joycity, a Korean game developer and publisher, today announced that the next installment in its series of “Gunship Battle” videogames, Gunship Battle2 VR, is now available for Samsung Gear VR for $9.99. A fully immersive game (not just another VR experience), Gunship Battle2 VR offers gamers two highly intriguing, episodic, story driven episodes (10 levels per episode) that meld together amazing graphics and visuals to deliver a seated cockpit experience with simple controls and non-stop, fast paced action in vast open battle fields, providing the ultimate “feeling” of being an Army helicopter pilot in combat. The three years of research and development allowed the studio to offer an immersive VR experience without the usual, dreaded VR nausea.

The action begins with players starting off as former ace pilot, ‘Lieutenant Dylan Reece,’ in a top-secret government project that has wiped his memory clean. Before he knows it, the fate of the world rests solely on his shoulders and “his” experimental gunship is the only chance he has to save the world. Immediately, and as ‘Dylan,’ players will find themselves flying over various terrains and having to complete mission objectives, and will quickly find themselves immersed in an action-packed journey. In-game, players can choose from a wide range of combat aircraft (a.k.a. Gunships), five different gunship classes to provide them with different strategic play choices, and they can unlock and upgrade their gunships and weapons (guns, missiles, rockets, bombs and torpedoes) to better progress through the game and meet the challenges of each mission.

Each episode contains 10 stages, each with different objectives and selective difficulties. Each stage has unique play settings and aesthetics to provide players with various difficulties and experiences. In the game’s last stage, players can access a massive “Boss” battle experience that is sure to thrill!

“Our ‘Gunship Battle’ series, which has over 100 million downloads worldwide, is one of the most successful and known military action game franchise in the world,” said Chan Hyun Kim, Executive Producer, Joycity. “With Gunship Battle2 VR, we knew we had high standards to uphold to, and that is why we built this game from the ground up, with a premium VR experience in mind, to truly open up the full depth of interaction that compelling VR gameplay requires.”

Kim continued: “The scale of content and the sophistication of players’ ‘free movement’ in large areas is very rarely achieved, even on high-end VR platforms such as PC and console. Being able to achieve this on mobile, with all the technical limitations, is a real achievement for us!”