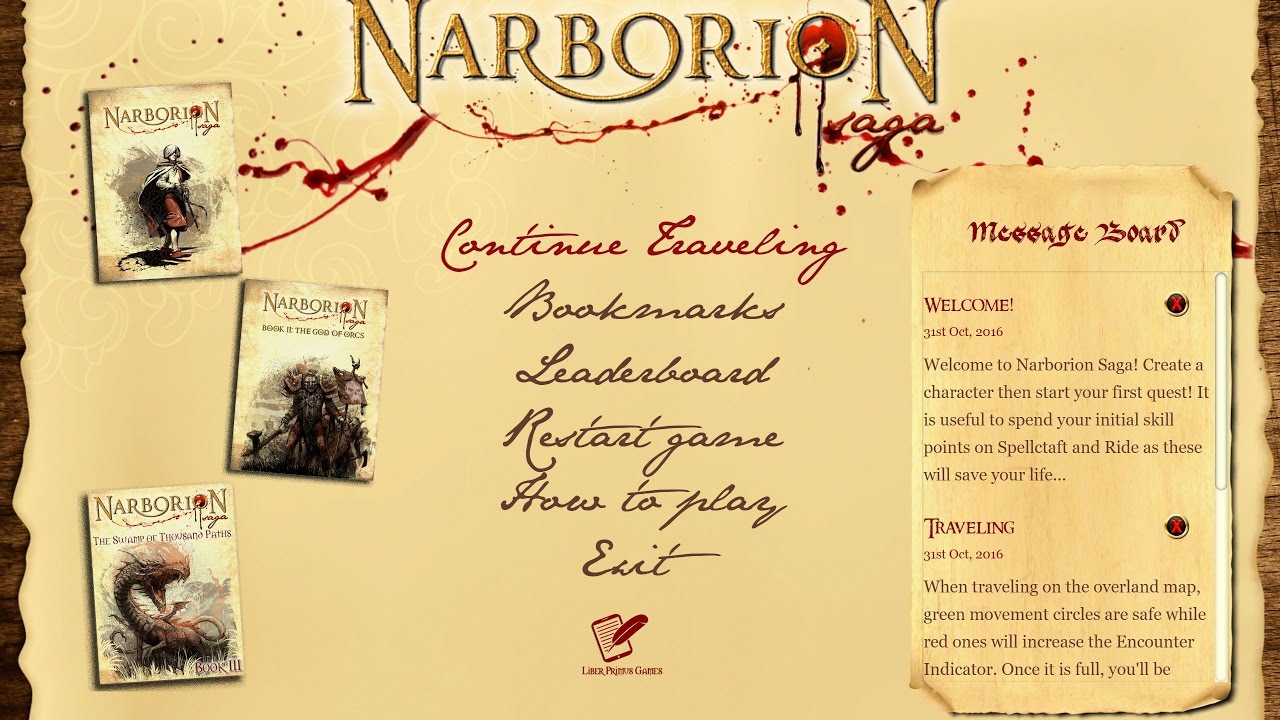 Independent Developer Liber Primus Games announced that their epic dark fantasy adventure title Narborion Saga is officially launching on Steam on 21st of March. The PC version of Narborion Saga will have an overhauled combat system, in-depth branching storylines scattered around the open world and PvP battles making this epic fantasy adventure a whole new experience each time it is played.

“Launching Narborion Saga on Steam takes this title to a whole new level”, said Dénes Csiszár, Producer and Co-Founder of Liber Primus Games. “We wanted to create an intense and versatile experience that appealed to the huge yet demanding consumer base of RPG fans on PC”.

The Narborion Saga for Steam combines three main RPG quests where players will have the opportunity to develop character abilities while learning new spells as well as dueling in Player VS Player combats. The gameplay will be broken down into small episodes and placed as locations on the map. To reach the episodes, players move their character on an overland map as well as on several smaller (swamp, city, and dark forest) maps. Once there’s something to do or discover, characters leave the map and enter a gamebook-styled narrative section to complete their quest.

About Narborion Saga
Narborian Saga is an epic fantasy story written by Dr Tom Pollak, a professional novelist and former editor of Dragon, the popular Dungeon’s and Dragon’s role playing game magazine. Narborion Saga aims to immerse players into the world of an elaborate RPG fantasy through three major quests set within the same narrative. Players will command the fate of the story’s hero through dynamic non-linear storytelling and rogue-like dungeon exploration. The tale begins with a quest to find and rebuild the chapel of a long-forgotten Goddess and defeat the Master Vampire, Lord Malbor, agent of the God of Death and Magic. The second quest, The God of Orcs, players will need to delve deep into the forces of darkness to uncover a conspiracy of leadership with the mysterious new god of orcs. The third quest, The Swamp of a Thousand Paths tests players even further in an adventure to the Coastless Lake to destroy an ancient Wyrm in search of important artifacts.