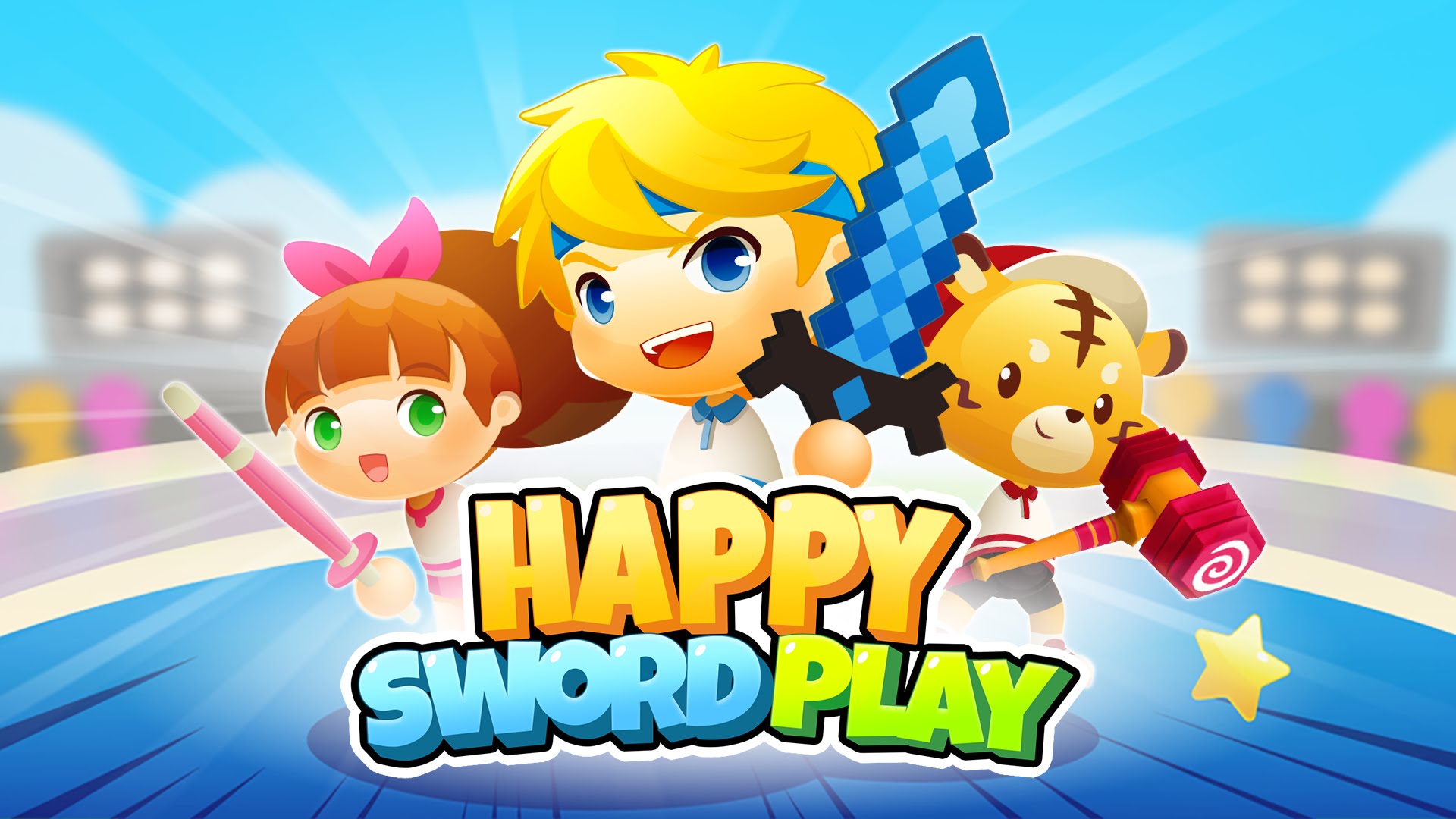 Game developer Happy Labs is pleased to announce the exclusive launch of Happy Swordplay for Apple TV. Happy Swordplay is a family-friendly game where players spar with AI opponents and skill up to unlock whacky weapons. Two-Player duel mode is also available. Happy Swordplay leverages the motion sensing capabilities of the Siri Remote (or Apple TV Remote) to detect and simulate a player’s swings and parrys. The game retails for US$2.99.

To begin, players must hold their Remote in both hands a la basic kendo posture. Simply swing in a downwards motion to attack. To parry, press the Remote’s Touch surface and block perpendicular to their opponent’s swing. The winning criteria is to knock the opponent off the platform.

Round 1, Fight!
Players can fight against AI and increase their skill level, which allows them to unlock more than 20 quirky weapons. Start out with a fly swatter, progressing and unlocking other gizmos such as a white radish, a golf stick, or a foam pixel sword.

Players can also duel with friends and family by downloading Happy Remote (free) on their iPhone or iPod Touch (v9.0+). All they need to do is connect Happy Remote to the Apple TV while Happy Swordplay is running (Remote FAQ). Happy Swordplay supports up to 2 players. The game do not support MFi controllers which lacks motion sensing functions.

Expand your games library now and add Happy Swordplay (US$2.99) to your Apple TV collection! Simply search “Happy Swordplay” in App Store for Apple TV. Happy Labs recommends securing your remote to your wrist with a Remote Loop when playing motion controlled games.

Previously, Happy Labs launched Happy Tennis (US$3.99) for Apple TV, a motion-sensing game where up to 4 players can play tennis together.