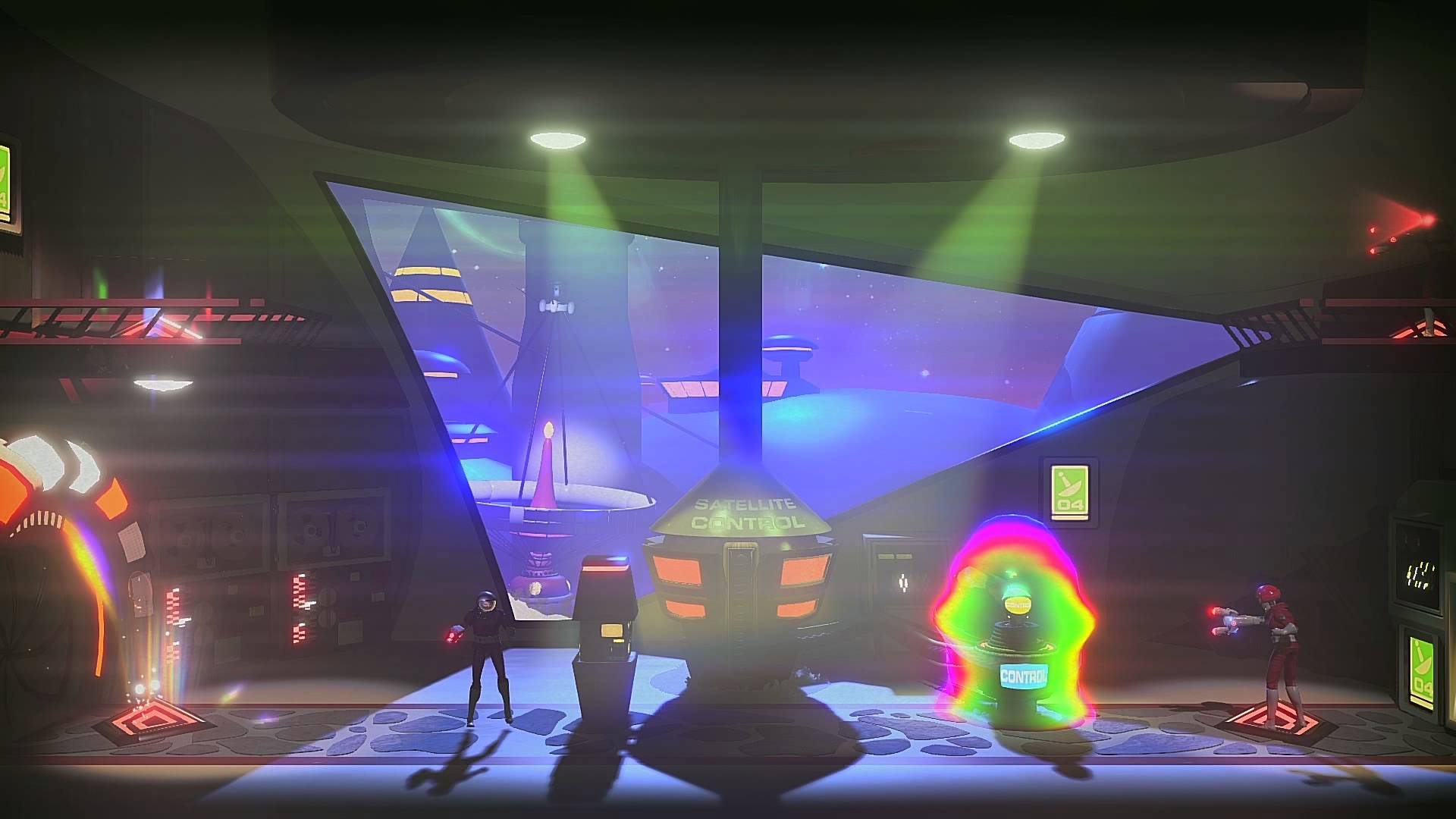 Players can now pre-order Headlander, the retro-futuristic side-scrolling action-adventure developed by Double Fine and published by Adult Swim Games, on both the PlayStation Store and Steam (Windows PC). Headlander is featured in the PLAY 2016 promotion at the PlayStation Store, offering a 10% PS Store coupon for players who buy at least two of the selected titles, while PS Plus members who pre-order will get 20% off; all pre-order customers will also receive an exclusive Headlander PlayStation theme. PC players can join in on the fun, too: Headlander can be pre-ordered now on Steam at 20% off the regular price of $19.99.

Headlander launches July 26 on PlayStation 4 and Steam (PC).
Fresh from Double Fine Productions, Headlander is a retro-futuristic, side-scrolling, action-adventure game set in a world inspired by 70s science fiction. It is a world of automation, a utopia gone wrong in which all of humanity have transferred their minds into robotic imposter bodies and are ruled by a deranged computer. Brought to you by Double Fine Productions (Psychonauts, Broken Age) and Adult Swim Games (Duck Game, Jazzpunk), Headlander is guaranteed to be a far-out head trip.