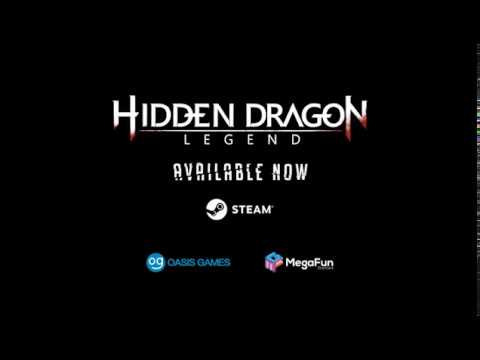 Oasis Games Ltd. announced that its 2.5D Action Platforming game set in Imperial China, HIDDEN DRAGON LEGEND, has launched for Windows® PC and is available on Steam. The PC release includes the addition of the Resurrection mode, an arsenal of new deadly moves, soul currency for character upgrades, extra achievements and updated graphics.

The PC release has been updated to make HIDDEN DRAGON LEGEND a more inviting experience for new and novice players with rebuilt tutorials and beginner-friendly quick time events. Armed with even more battle moves and the ability to upgrade their characters, gamers can traverse the lands of ancient China with improved graphics including 60 FPS max frame rate. Those craving a more challenging experience can unlock new achievements and defeated warriors can choose to activate the Resurrection Mode, but decisions will need to be made wisely as doing so will deplete their full stock of medicine.

Set in Imperial China, HIDDEN DRAGON LEGEND challenges players to battle fierce foes, perform acrobatics to avoid obstacles and enemies, build their character through a deep, RPG-style skill tree and solve puzzles in the heat of battle. Players will utilize all their skills while engaging in hack and slash combat and unleashing stunning combos. To succeed in the game, players will navigate their way through tough enemies, powerful bosses and Metroidvania-style puzzles. As they progress, players will build and customize their fighter for their preferred style through an extensive skill tree. In the game world, competing factions vie to obtain a powerful object called the Dragon Cauldron, which grants inhuman powers at the cost of sanity and reason. When the player character finds he has been put under the spell of the Dragon Cauldron by a dark faction, making him a mere puppet forced to kill, he ventures forth to settle the score.