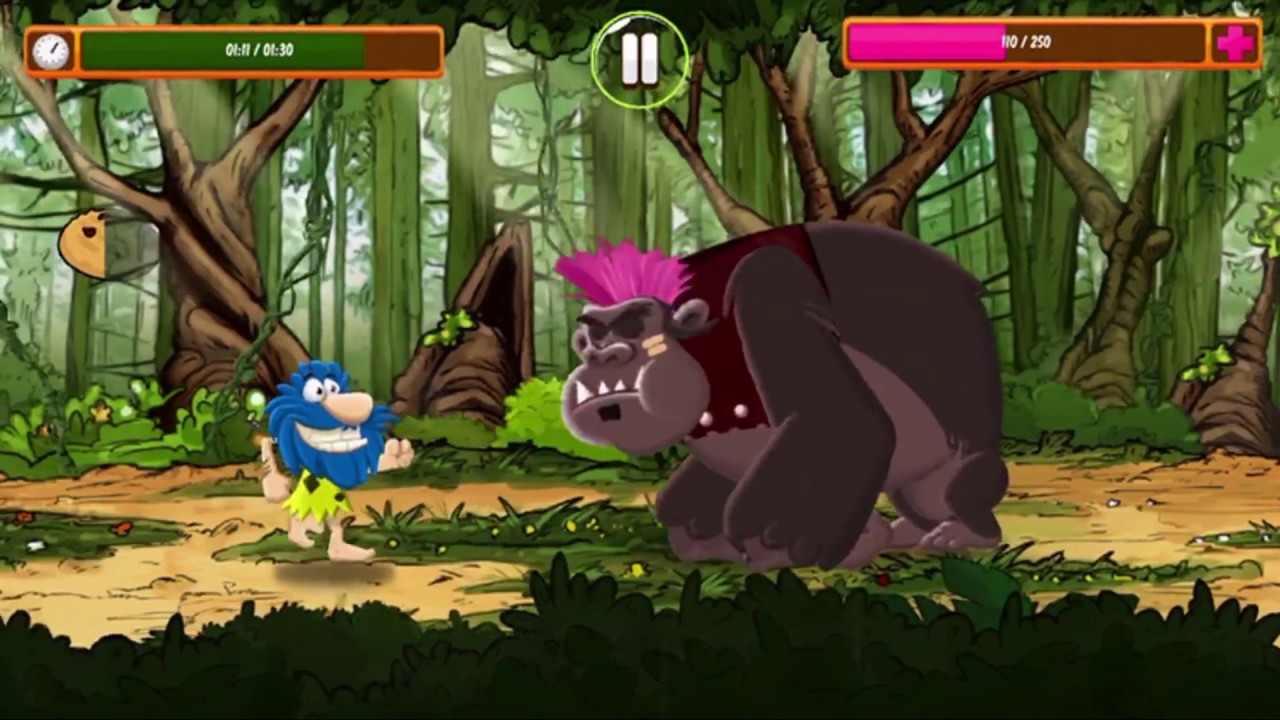 Little Buno is a single-player adventure game of 60 levels set within three original prehistoric worlds. It will be released simultaneously on iOS and Android. The game is completely non-violent, features a beautiful narrative, many diverse environments, and exotic animals like gorillas, lions, and elephants.

Buno, the protagonist, lives in a time where nature has been upset by overhunting. To resolve this, he must feed the animals while still keeping himself safe from them. During the course of the game, he confronts animals that are increasingly bigger, faster, and more aggressive. He is also searching for his family and tribe, that left their home territory after getting attacked by gorillas.

The game’s main theme shows the complexity of fatherhood, and the efforts and sacrifices a father is capable of making on behalf of his family. The storyline also describes how humans impact habitats and the environment and how changes in human behaviour can improve both.