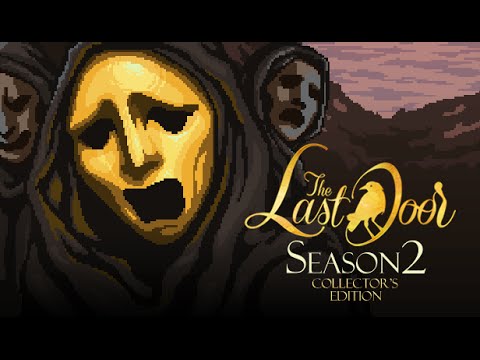 Phoenix Online Publishing and The Game Kitchen are filled with an unnerving and otherworldly glee to announce that the hit indie point-and-click horror adventure The Last Door Season 2 Collector’s Edition will be releasing on March 29, 2016 for PC, Mac, and Linux. Currently available on Early Access (http://store.steampowered.com/app/402530), the second season of the low-res graphics, high suspense horror experience introduces new characters, a larger world, more puzzles, new mysteries, upgraded art and effects, and even more gameplay than Season 1’s “love letter to Lovecraft.” With four brand new episodes and exclusive Collector’s Edition extras, Season 2 will be on the Phoenix Online Store (http://store.postudios.com), Steam, the Humble Store, GOG.com, and other online retailers.

Continuing where the first season left off, Dr. John Wakefield, psychiatrist to Season 1’s protagonist Jeremiah Devitt, sets out in search of his client, who has mysteriously vanished. Soon Wakefield is drawn into the haunting web of forbidden knowledge, madness, and a deep conspiracy hiding it all.
“The Game Kitchen knows how to tell a scary story that keeps you on the edge of your seat,” says Katie Hallahan, PR Director Phoenix Online Publishing, “and how to do so much with so little! The 8-bit art is beautiful, the soundtrack is haunting, the atmosphere is straight out of a classic horror story.”

The first season of The Last Door: Collector’s Edition, released in 2014, included all four episodes as well as exclusive bonus content and became a best-selling retro-themed horror adventure, earning high marks from fans and critics alike. A “love letter to Lovecraft”, players stepped into the shoes of Jeremiah Devitt to explore ancient mansions, decaying tenements, and the twisting, fog-filled allies of London in search of memories Devitt had forgotten, but which had driven an old friend to suicide. Season 1 is available for PC, Mac, and Linux, as well as on mobile platforms for iOS and Android.

Key Features:
•Sequel to the award-winning point-and-click Victorian era horror adventure, The Last Door
•Search for and uncover forbidden knowledge that may be driving you mad
•Guide Dr. Wakefield through new locations, characters, scenes, and puzzles in a new compelling mystery
•Haunting, original musical score by Carlos Viola
•Inspired by the works of H.P. Lovecraft and Edgar Allen Poe
•Available now on Steam Early Access at a discounted price