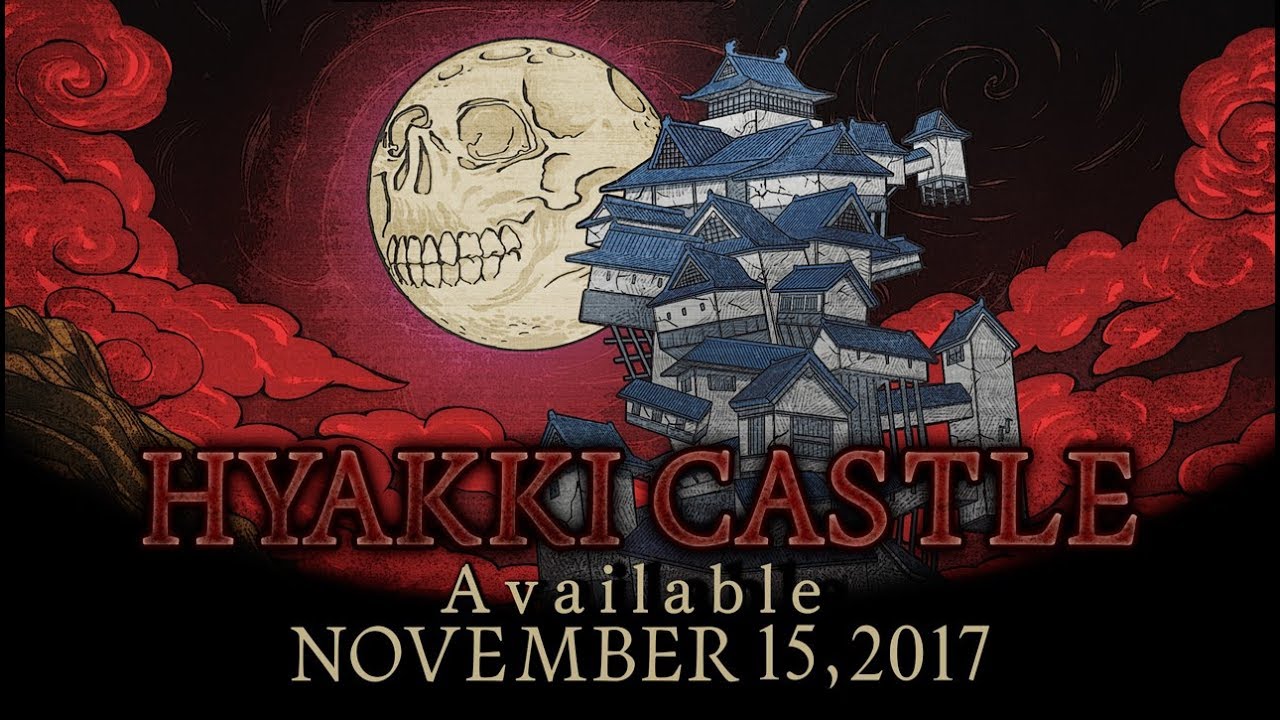 Hyakki Castle, set in the 18th century during the Edo Period of Japan, brings classic Japanese “Fantastical World” folklore and ghost stories to life with an unforgettable Ukiyoe art style as players explore the frightening halls of the castle, battling forbidding demons and terrifying ghosts along the way. Choose between a Samurai or Ninja and venture forth into the enormous castle, filled with clever and cunning traps, to do battle, solve puzzles, defeat bosses, and ultimately defeat the gloomy Lord of the castle.

Featuring a brand-new approach to the traditional real-time dungeon RPG battle system, Hyakki Castle encourages players to split their party with its exclusive 2-party system, a feature not yet seen in real-time dungeon RPGs. Work together to use unique skills and equip up to four actions at the same time to aid in eradicating monsters with distinctive attacks, defenses, projectiles and magic spells while executing pincer attacks, flanking enemies, and more as you uncover the mysteries hidden within the castle’s remote and isolated depths.

“All of us are particularly enthusiastic for the opportunity to add our contribution to the dungeon RPG genre, creating a thrilling, mysterious, and suspenseful experience,” said Masaru Saito, Producer at Happinet. “We’re proud that Hyakki Castle showcases the deep roots of Japan’s rich folklore and hope it delivers an exceptional and gratifying experience to RPG fans around the world.”