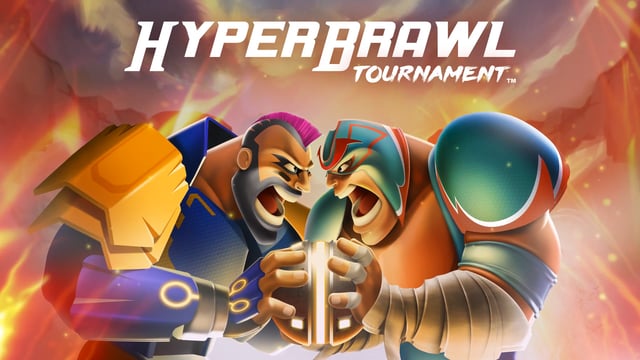 Once every century, the greatest warriors from across time and space gather to battle it out to become the HyperBrawl Tournament champion. HyperBrawl is a sport that combines ‘no-rules’, hyper speed handball with ferocious player vs. player combat, where only the bravest and most skilled competitors will be victorious. Select your warrior and your weapon before unleashing brawling fury in an arena where goals equal glory.

•Unique Warriors & Weapons: Choose from 10 unique HyperBrawl warriors and 10 unique weapons to destroy your opponents.
•Unique Combat Arenas: Experience 6 combat arenas, each home to one of the warriors and complete with its own special feature.
•Single Player Trials mode: Compete in 8 individual mini games that enable and encourage the player to improve their core warrior skills and unlock new content including warrior skins, weapons and characters.
•Multiplayer Tournament Mode: Use the skills you have learned in the trials and compete with friends in 1-4 person multiplayer games of either 1v1 or 2v2 tournaments, both locally or online.
Game USPs