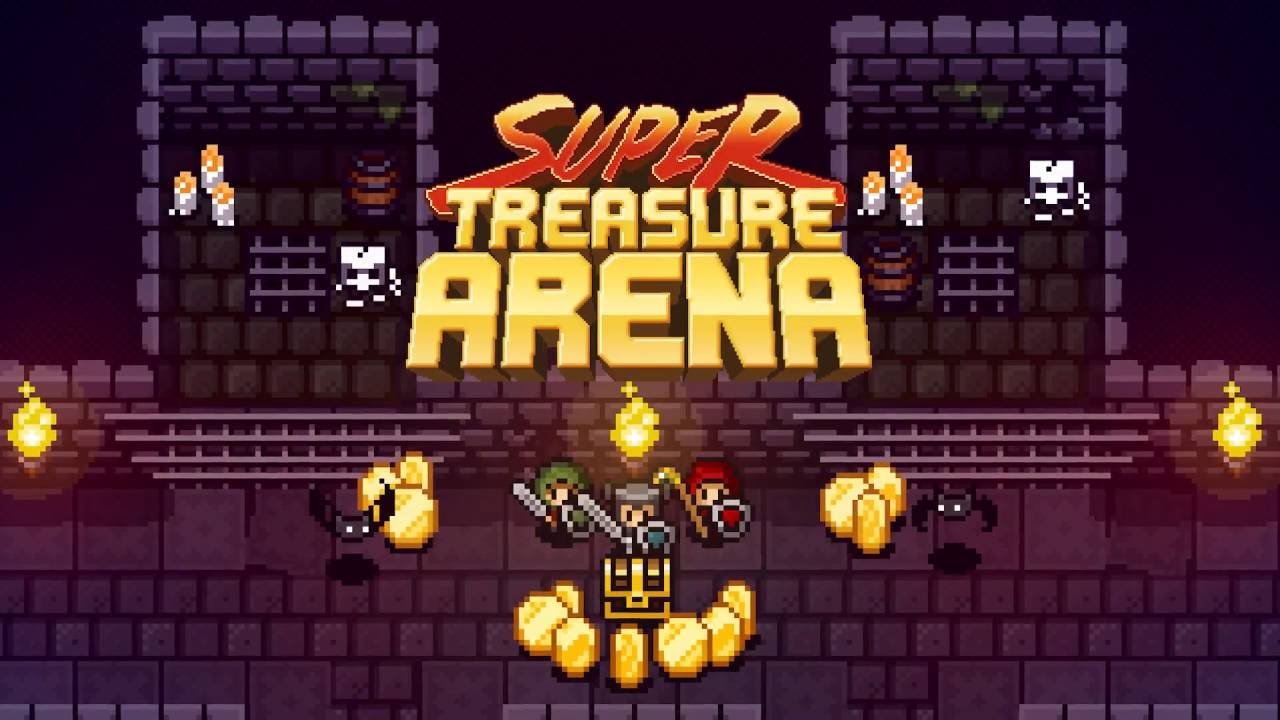 Super Treasure Arena is a unique mix of retro-inspired arcade action and objective-based arena shooters, resulting in a fast-paced treasure-grabbing twin-stick mayhem. Get ready for frantic multiplayer battles and for loving and hating your friends at the same time.

There’s no pre-game inventory loadout In Super Treasure Arena! Instead – you pick up your weapons on-the-fly, be they dropped by other players, left behind as loot or something to steal from a baddie. Are you going to shoot the hell out of your buddies or go “ninja style” by focusing on monsters and treasure? You’re even able to practice against AI bots and mix up split-screen with online sessions – show n00bs all around the world who’s the real master in fierce coin-blasting online battles!

Super Treasure Arena will hit Steam Early Access next Thursday, which may go down in infamy as the day many, many friendships are broken.

FOUR PLAYER COIN FRENZY
Super Treasure Arena is a unique mix of retro-inspired arcade action and objective-based arena shooters. The result is a frantic game where collecting and stealing loot from your opponents is the key to victory. Play locally via split-screen, or challenge other players online!

ENTER THE ARENA
Choose a character and battle it out on tight top-down maps, filled with angry monsters and shiny loot. Various weapons scattered across each map can be picked up and will help you blasting away your opponents, including bows, magic staffs, bombs, rockets and more!

There are plenty of multiplayer options for you to enjoy. You can choose to play…
•Locally against friends via split-screen
•Online against other players
•Against AI bots
•Or a mix of anything above!