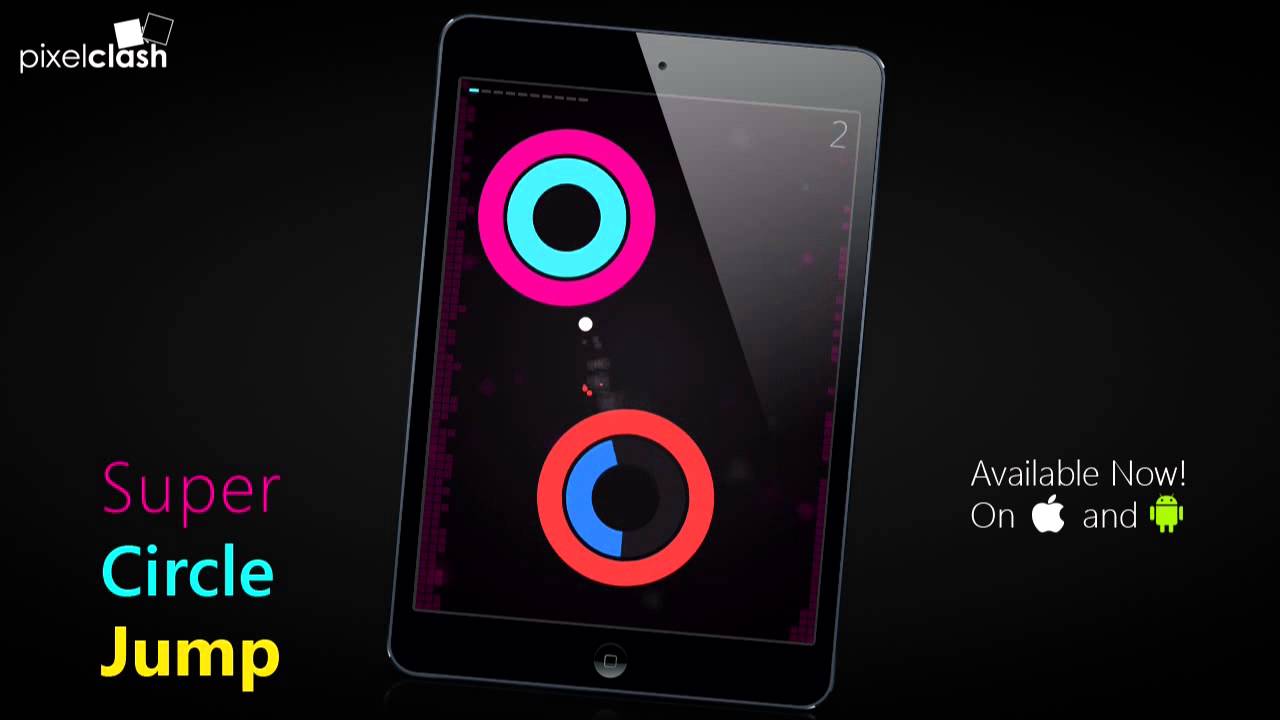 Players control a small white ball revolving around colorful circles. Single taps allow to jump from one circle to the next. There is only little space for the perfect jump—timing is crucial and fast reflexes are key to succeed in Super Circle Jump. Finally, the soundtrack punches above its weight with powerful beats combined with nice visuals.

“I decided to create Super Circle Jump to bring back the spirit of good old arcade games—in such hard to master games it’s all about skills.“ says Wolfgang Knecht, founder of pixelclash. “Challenging friends – which is possible in Super Circle Jump – is a fun way to compare your skills directly with others.“ he concludes.

· highly addictive fast paced action-arcade game
· easy to learn, hard to master
· connect with your friends and challenge them directly
· powerful music and dynamic visuals
· online leaderboards
· plenty of achievements
· no In-App Purchases except the possibility to remove ads