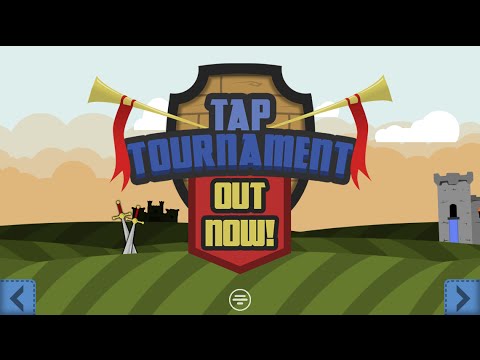 Plymouth based game development startup So Good Studios has released its first game, ‘Tap Tournament’, for iOS, Android and Amazon devices. Tap Tournament pits friends and family against each other in a magical medieval tournament of skill and reaction time.

Tap Tournament is a top down, multiplayer, single device game for tablet and mobile with an emphasis on intuitive, competitive, social gameplay.

Players controls their chosen character from one corner of the screen, and are tasked with keeping their character safe from a ball of magical energy that is flying dangerously from corner to corner. The player taps their character to swing its weapon and deflect the magical projectile towards another player, with the projectile getting faster as the rally continues.

Adding to the mayhem, players battle for mystical power up gems that restore health and change the properties of the ball, with unpredictable and awesome effects.

Jack Gill, So Good Studios Managing Director said: “We wanted to make something simple and compact as our first game, so we could focus on polishing it. We went with local multiplayer because that’s a style of gameplay we enjoy, and we think tablet is a good place for it”

Tap Tournament is designed to be approachable for players of any skill level, with controls that are simple and easy to learn, and bite sized rounds of gameplay that can easily fit into a coffee break. Coupled with the single device multiplayer gameplay, Tap Tournament can be played with family and friends whenever, wherever.