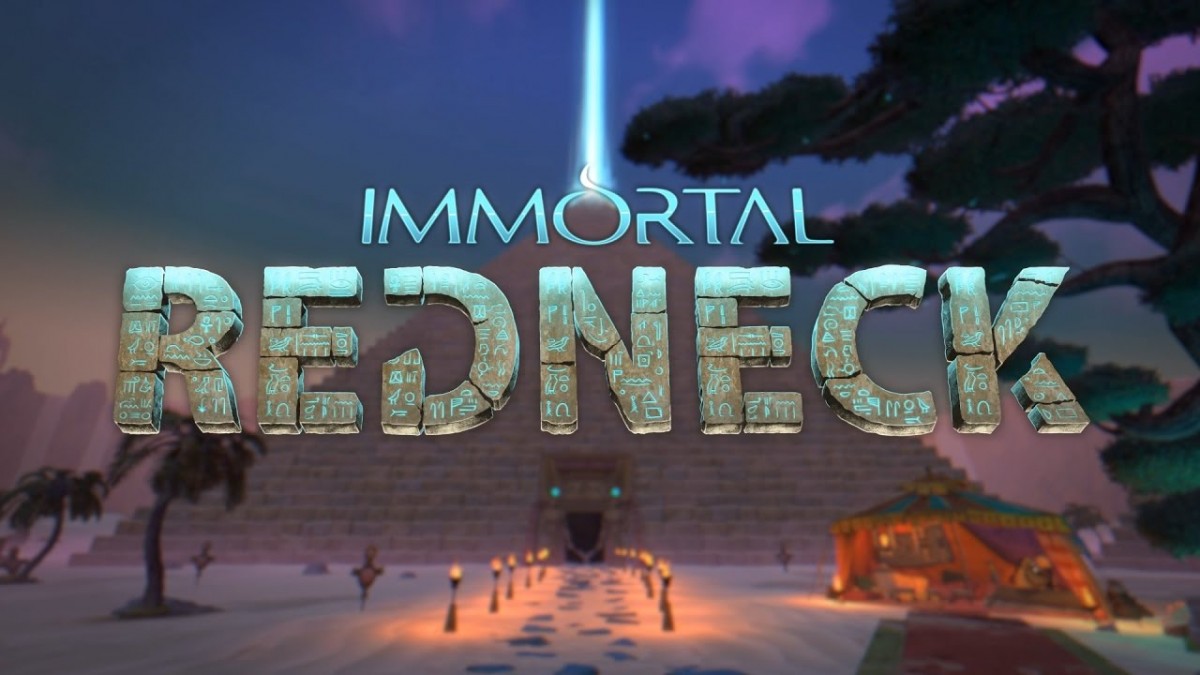 Immortal Redneck, the Egyptian-themed first-person shooter with roguelike elements from developer Crema, is available for PlayStation 4 and Xbox One. A Nintendo Switch version is also in production and planned for a Q1 2018 release.

A redneck’s trip to Egypt takes a strange turn when he awakens mummified in an ancient tomb. On a quest for answers and perhaps a bit of revenge, the hero sets out to blast his way through the Great Pyramids of Giza with more than 50 weapons and 100 game-changing modifiers.

Overcoming the mythological monsters lurking in the ancient wonders is no easy task. Players must make use of retro FPS features such as circle-strafing and bunny-hopping if the Redneck is to have any chance of survival. With a tomb full of nasties and brutal bosses waiting at the end of each of the three huge levels, he’ll need every advantage he can get.

While the Redneck always begins each session with three weapons, more than 50, ranging from traditional firearms to futuristic lasers and relics from a forgotten age, are scattered throughout the catacombs. Scroll Modifiers can also be the difference between victory and defeat. The Dracula Scroll, for instance, heals the Redneck each time he vanquishes an enemy. Others, however, can be hindrances. The Procrastinator Scroll prevents players from reloading at will and instead forces them to empty their mags. Are the risks worth the potential benefits?

When a run goes awry and the Redneck dies, he is revived back at the beginning of a new randomly-generated version of the pyramid. But don’t fret! This is far from a frustration simulator, as Immortal Redneck features persistent skill upgrades that can be purchased between runs to grant benefits like improved firing rates or even new classes in the form of favors from the gods.

Each of the nine divine favors provides the Redneck with a custom set of starting weapons and abilities. Neith, the Goddess of Hunting, allows players to send a falcon to attack their enemies while also employing a sniper rifle and tranquilizer gun. Meanwhile, Seth, the God of Storms, provides the Redneck with a taser sword, tesla coil, electric flamethrower, and the capacity to throw electric orbs as his active ability. Choose a favorite and unleash havoc!

The Redneck has a rough ride ahead of him, but through skill, grit, and a maybe just a little helping of luck, he’ll reach the top of the pyramids. For any masochists out there, Infinite Tower Mode offers endless floors, which challenges players to see just how high they can go.

“Immortal Redneck is a wonderful blend of classic first-person shooters and modern roguelikes,” said Guillermo Andrades, Co-Founder, Crema. “It’s an experience we created because we wanted to play it ourselves, but we’re thrilled to share it with the console community as well.”