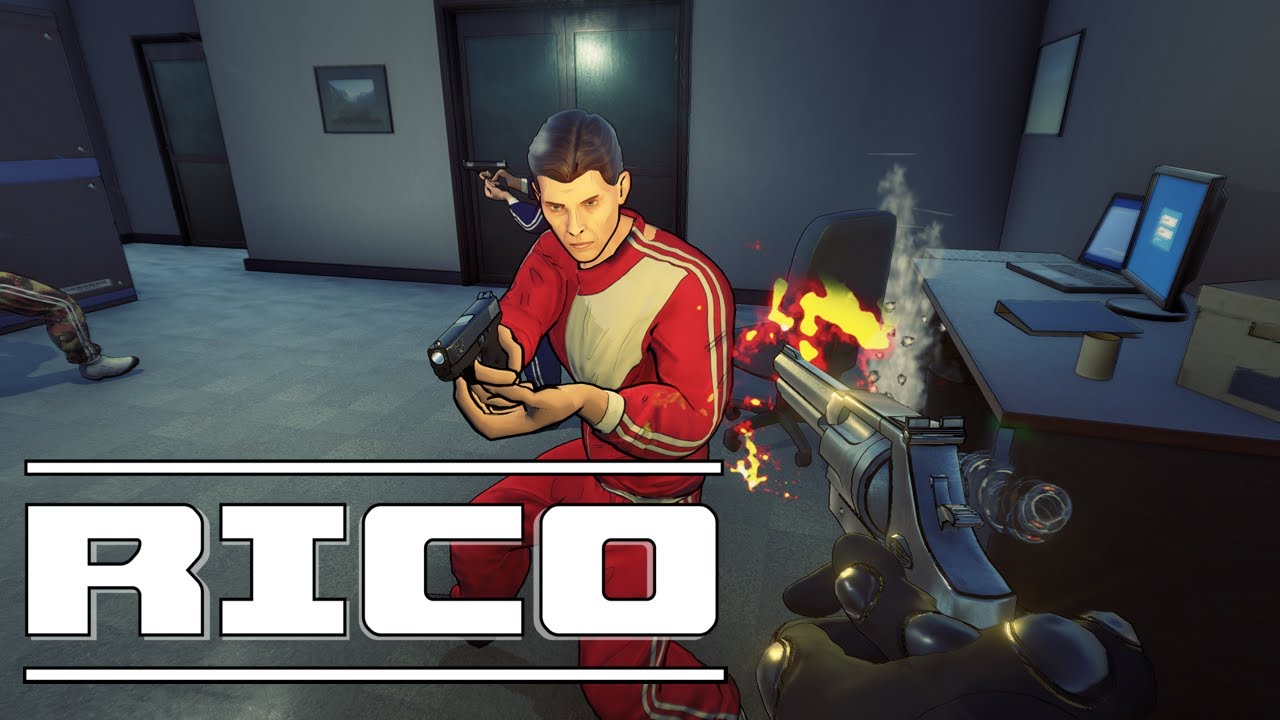 Inspired by films such as Bad Boys and Bad Boys II, and a raft of games including Virtua Cop, Action Quake, F.E.A.R, and SuperHot – RICO is a contemporary first-person action shooter, which throws players into the roles of loose cannon police detectives given just twenty-four hours to solve a case and bring down a network of organised criminals.

Playing either solo or partnering-up cooperatively via split screen or online, gameplay is kept simple as players kick down doors and take down criminals in their pursuit of their own brand of justice.

Planning is tactical rather than strategic, players must react in the moment to shootouts as they unfurl. A burst of slow-motion gameplay as players breach a room gives them a necessary advantage over their numerous opposition. Ammo and enemies are plentiful, and combat is punchy and impactful, supported by an extensive destruction system that ensure every shot looks and feels great.
Every case, objective, and environment is randomly generated, ensuring each playthrough is different, and the game’s longevity is sustained with a rich collection of unlockable weapons, traits, enemies, environments.