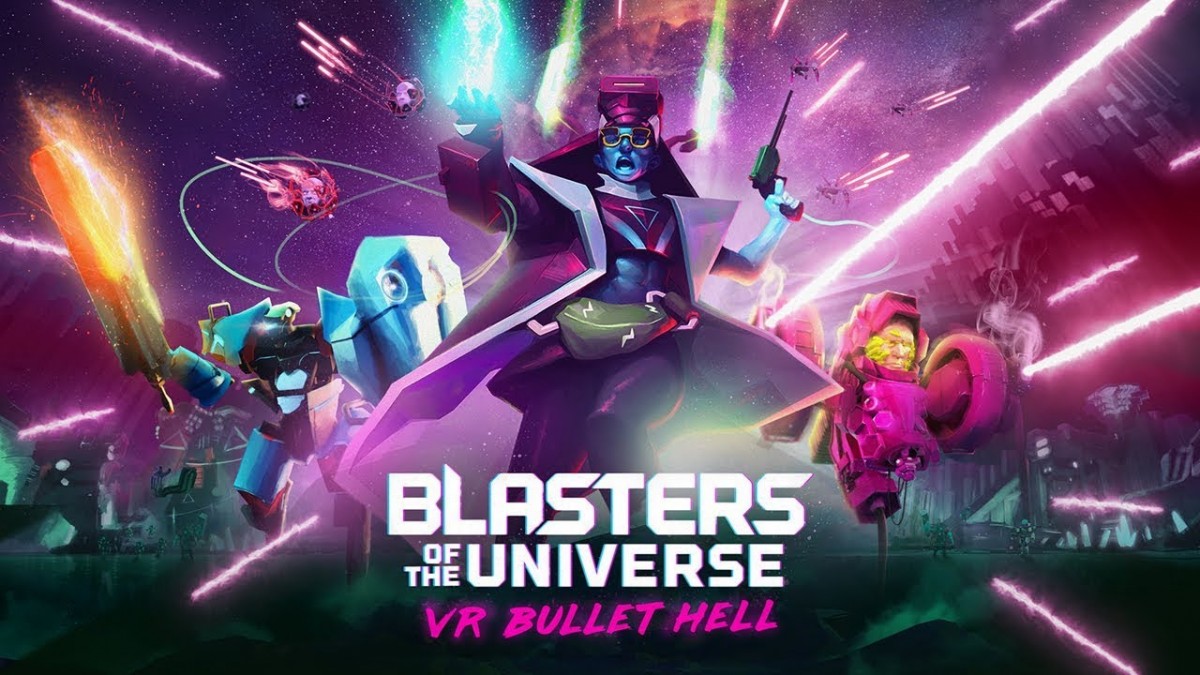 Blasters of the Universe pulls players into a vibrant neon world filled with harrowing hordes of minions controlled by the nerd-turned-evil-god Grand Master Alwyn. With two PlayStation Move controllers in-hand, players must use one to deflect complex projectile patterns and the other to assault the enemies ahead. Any play style can be accommodated with over 130,000 ways to customize and tweak loadouts to match offensive or defensive preferences.

In true bullet hell fashion, Blasters of the Universe bolsters immense challenge and requires a laser-focused determination to overcome its fierce stages – those dedicated enough can vie for the coveted Platinum trophy. The newly added Casual mode gives players seeking entrance into the neon bullet hell-scape a far less abrasive and difficult experience. True opposition addicts can also play the strenuous Endless mode in a race to high-score heaven.

Blasters of the Universe is available now on PS VR