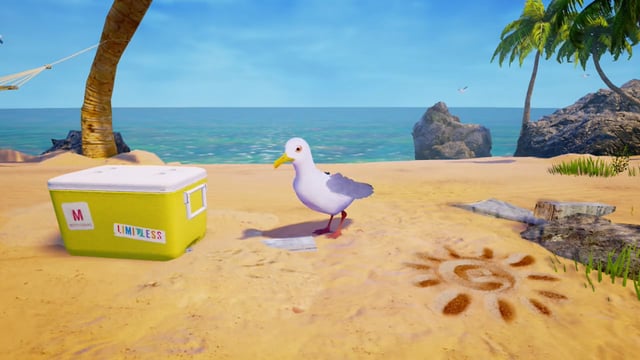 Head to the beach with the first ever interactive VR character, Gary the Gull!

Gary the Gull, the first interactive short film built using the Limitless VR Creative Environment, and created by Mark Walsh of Motional Entertainment, can now be enjoyed by consumers as the title makes its content store debut this week.

Beginning Tuesday, November 22nd (by 10am PST), Gary the Gull will be available for free in North America in the Sony PSVR Store,  Steam VR Store and Oculus Store.

In Gary the Gull, viewers engage with a smart-mouthed bird at the beach named Gary, who does everything he can to distract you while he attempts to steal your lunch!  He responds to words, gestures and gaze, just as he would in real life. This level of interactivity is made possible with the Limitless platform, which makes character-building simple and spectacular, and takes immersive VR content creation to a whole new level!

“Since we first started showing Gary the Gull at GDC in March, the response from the film and game industries has been amazing and supportive. We are doing something very special with characters in VR, making you the viewer feel as much a part of the experience as the characters themselves. We think consumers are really going to enjoy this interactive experience and we look forward to working with our partners and customers to deliver more great VR content in the near future.”