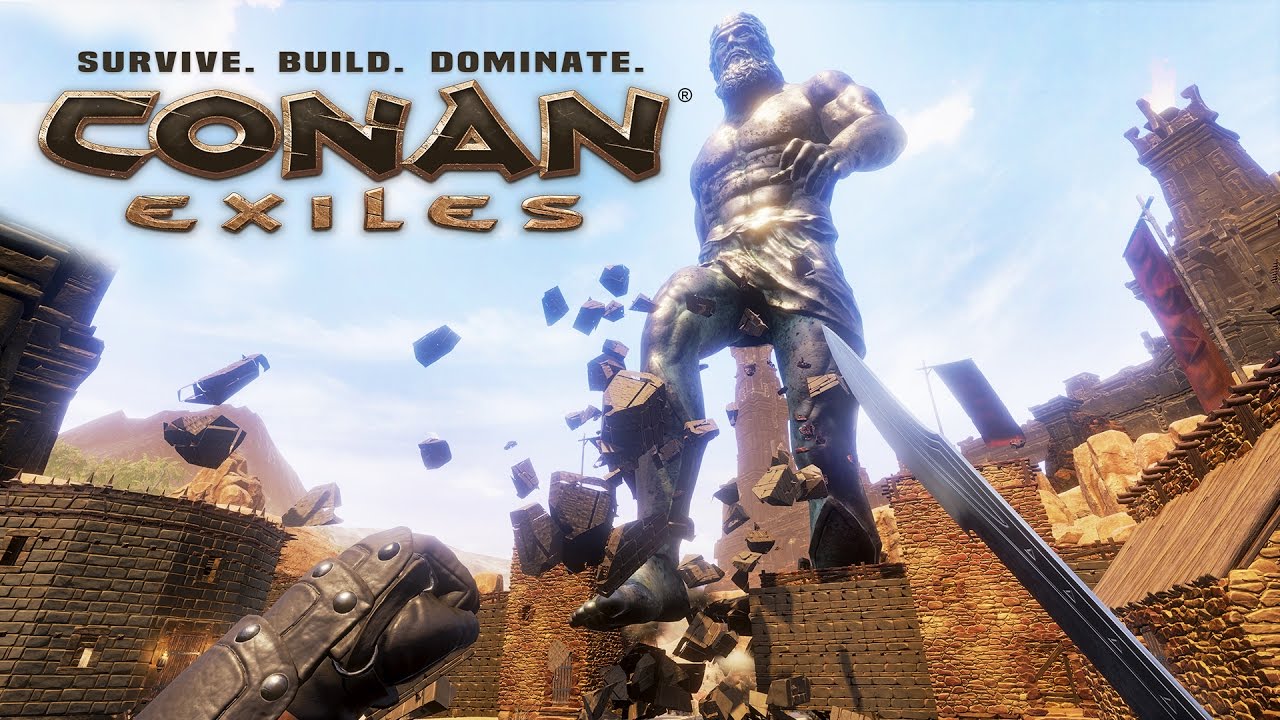 Know o Prince, that between the years when the oceans drank Atlantis and the gleaming cities, and the rise of the sons of Aryas, there was an age undreamed of!

Very soon gamers on both PC and Xbox One will get to journey to that very age in Funcom’s upcoming open-world survival game ‘Conan Exiles’. Starting January 31st 2017, players on PC will get to unleash their inner barbarian in Early Access. Soon after, Xbox One players too can jump into the fray as ‘Conan Exiles’ hits the Xbox One Game Preview program in the spring same year. Inspired by the great Robert E. Howard stories, ‘Conan Exiles’ will have players fighting to survive, build, and dominate their enemies in a vast and treacherous open-world in both single- and multiplayer.

To celebrate today’s announcement, Funcom is releasing a brand new trailer showing how the game looks in action. This is the first ‘Conan Exiles’ video released in almost six months and shows the results of the hard work the developers have put into both graphics and gameplay since June.

“The open-world survival genre is ripe for Conan’s conquest,” says Game Director Joel Bylos. “If there ever was a world that can truly test your strength and skill, it is the brutal and savage world of Conan the Barbarian. ‘Conan Exiles’ is not just an empty sandbox, it is a world rich in history where you must discover the secrets of ancient civilizations as you struggle to build your own.”

‘CONAN EXILES’ is an open-world survival game set in the brutal lands of Conan the Barbarian, the world’s greatest fantasy hero. The game can be played on private and public servers, either in multiplayer or local single-player. In the world of ‘Conan Exiles’, survival is more than tracking down food and water. Journey through a vast, seamless world filled with the ruins of ancient civilizations and uncover its dark history and buried secrets as you seek to conquer and dominate the exiled lands yourself. Start with nothing but your bare hands and forge the legacy of your clan, from simple tools and weapons to gigantic fortresses and entire cities. Enslave the bandits of the exiled lands to do your bidding by breaking them on the grueling Wheel of Pain. Sacrifice the beating hearts of your enemies on the blood-soiled altars of your deity to seize true power and glory. Summon the colossal avatar of your god and see them lay waste to your enemies and their homes.