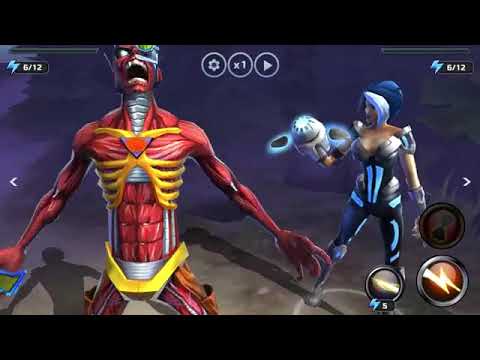 IRON MAIDEN: Legacy of The Beast is an action-packed, free-to-play mobile game where players take on the role of the band’s iconic mascot, Eddie. The game is set in a visually stunning universe, comprised of an ever-expanding series of worlds derived from IRON MAIDEN’s music and art. Fans of the band and RPG gamers alike will battle and strategize as Eddie and his allies. Inspired by themes from the songs, and set against a powerful and atmospheric MAIDEN soundtrack, players will journey on epic quests to reclaim the shards of Eddie’s shattered soul as he faces his most challenging adversaries.

Players of the game can also look forward to the immediate introduction of ‘Iron Maiden Eddie’ straight from the cover of their debut album & the latest incarnation of the band’s famous mascot and multifarious star of their game!

This summer will also see the long-anticipated launch of a brand new guilds feature, allowing players to build clans, chat and do battle collaboratively within the game.

Iron Maiden: Legacy of the Beast, is available for free on Apple’s App Store and Google Play.