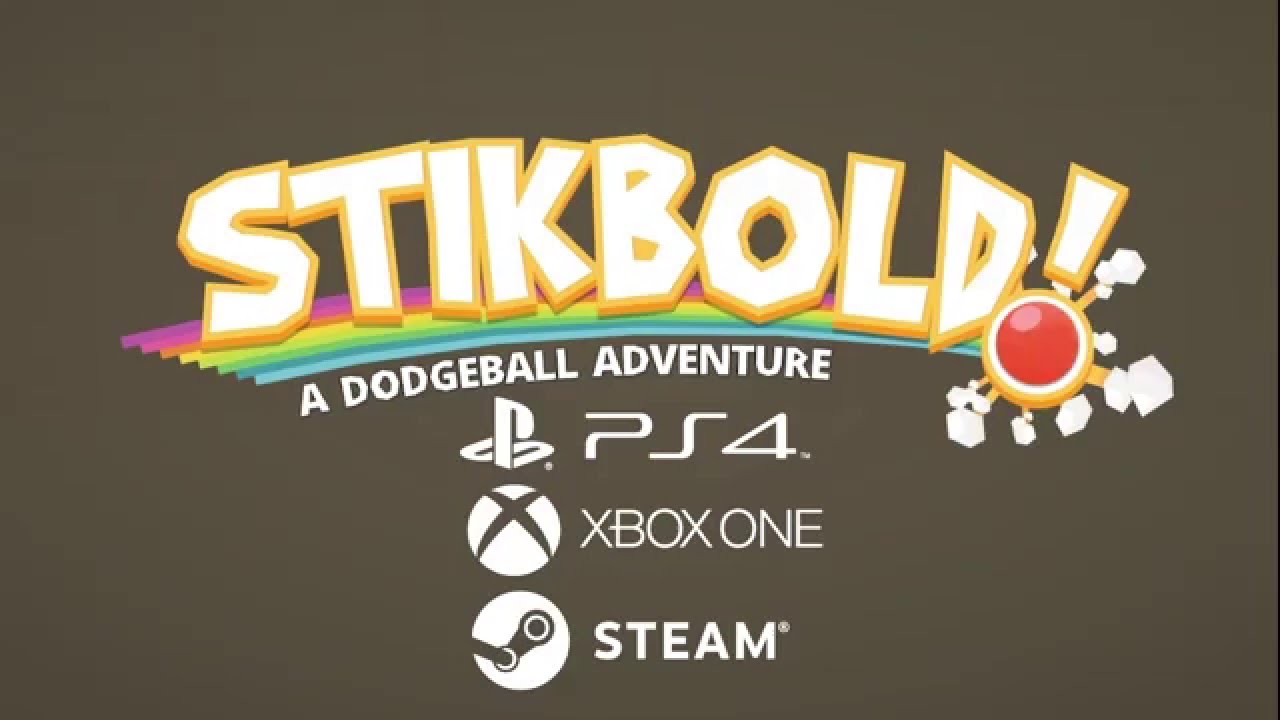 Hitting PC on April 1st, PlayStation 4 on the 5th April and Xbox One on 8th April, ‘Stikbold! A Dodgeball Adventure’ tells the story of Bjorn and Jerome who set out on a heroic mission in the name of love and glory.

When a rival team is kidnapped by a man dressed as the devil, our dodgeball-loving superstars begin a journey which pays homage to the best buddy movies of old.

Using simple twin-stick controls, Stikbold! is a fast-paced approximation of the game of dodgeball, complete with off-court hazards, random events and boss battles. The game originally began as an entry into the Nordic Game jam three years ago – winning the award for being the “most fun” out of all submissions. Recognising they had the seed of a something special, the team decided to develop the prototype into a full game – and three years later, Stikbold! is the result.

The story mode can be enjoyed in single or co-op mode, and details Bjorn and Jerome’s quest to restore glory to their team – encountering all manner of weird and wonderful characters and scenarios along the way. Spread across five levels, each with multiple dodgeball battles, it’s a beautifully-paced adventure lasting around three hours, with multiple playthroughs offering plenty of bonus unlockables.

It is as a local multiplayer game that Stikbold! truly shines. Up to four players can pick up a joypad and partake in brutal yet outlandish rounds of dodgeball, where fast reactions, tactics and teamwork combine to create a sports game unlike any other. Highly customisable yet always enjoyable, it’s set to become the couch multiplayer game of choice.

“From game jam to console – it’s been quite the ride,” says Jacob Herold, CEO and founder, Game Swing. “Whether it’s been at PAX or GDC, everyone who’s had the opportunity to play early builds of Stikbold! has enjoyed its accessibility, playability and sense of humour – comparing it to old school multiplayer games like Bomberman. We can’t wait to get it into the hands of console and PC players this April.”

Stikbold! A Dodgeball Adventure will be published by Curve Digital in April, priced £7.99 / $9.99 / €9.99 across all formats, with a 20 per cent discount during the launch period.