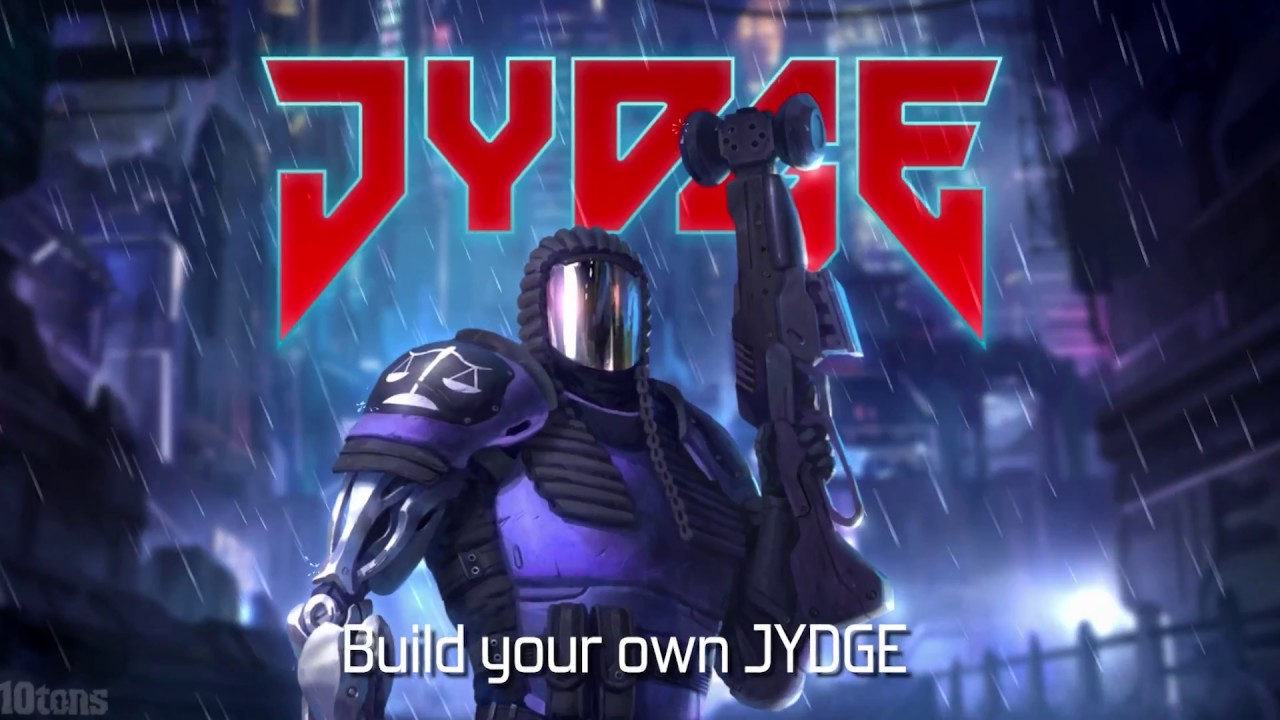 ”JYDGE is a really fun and satisfying shooter, but the immense level of success we’ve seen on Steam and consoles still surprised us. We have every reason to believe the iOS version will be a great success as well, based on the popularity of Neon Chrome. JYDGE is a Neon Chrome prequel.” says Tero Alatalo, CEO of 10tons.

JYDGE is a top-down shooter where the player customizes his/her JYDGE character and sets out to clear dozens and dozens of missions to eradicate crime in the urban paradise of Edenbyrg. A very large amount of customization options caters to various playstyles and provides potential solutions to the myriad mission goals.

Features:v – Choose your cybernetics, items, mods, and companions from over a BILLION different configurations. You be the JYDGE! – Deal ruthless Jystice with your Gavel. Fire lead, rockets, lasers, electricity, and other deadly tools of the law. – Find creative solutions to get extra medals for your heroic performance and unlock new equipment. – Break, enter, and confiscate as you please with vastly destructible environment.

JYDGE was released in Steam and for Playstation 4, Xbox One, and Nintendo Switch™ in Q4 2017.