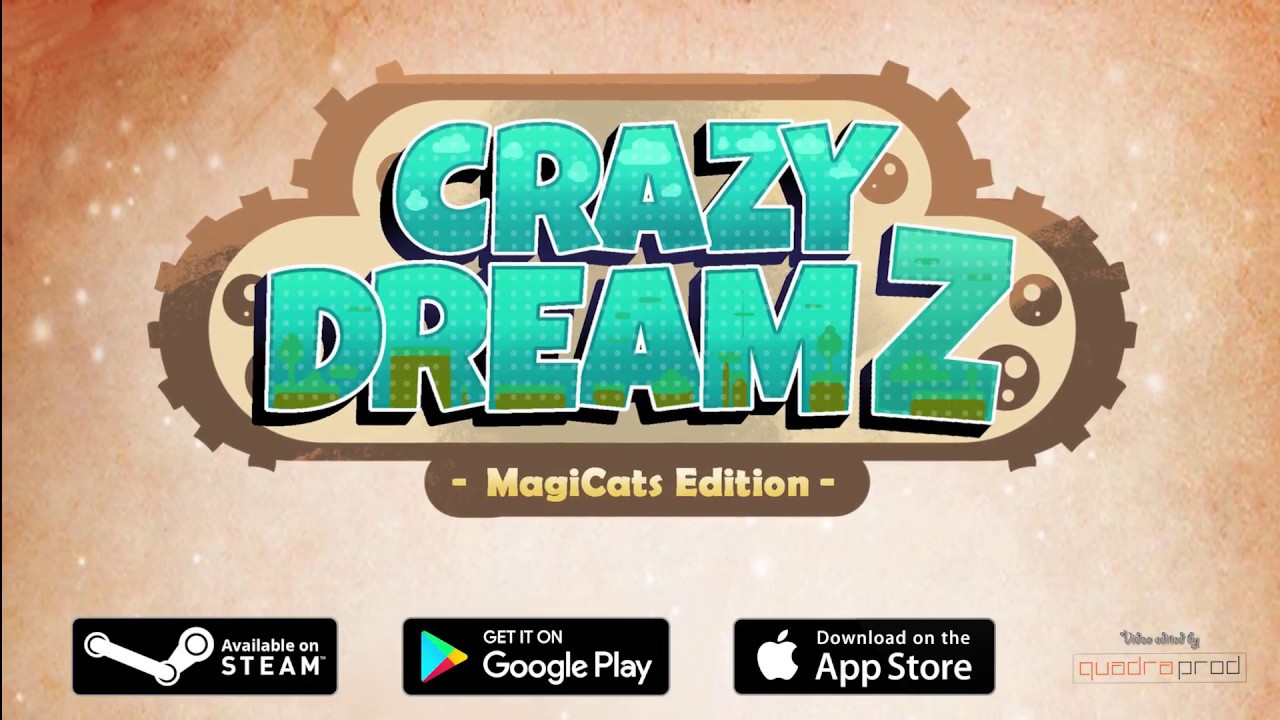 An innovative new game, which aims to inspire people to get into coding, has released for free on iOS, following its Android and Steam Early Access launches last year.

Crazy Dreamz: MagiCats Edition is a high-octane platformer with a twist. Equipped with its very own design and development suite – featuring a fully-fledged visual programming interface – the game allows players to craft their own unique game experiences and share them with the world.

Unlike other games to feature user-generated content, Crazy Dreamz allows players to develop completely new experiences via a powerful yet intuitive visual programming interface. Cross-platform sharing is also enabled – and players who don’t own the game can still try out community-built levels for free via the web.

Thibault Louis-Lucas, founder of French development house Dreamz Studio and creator of Crazy Dreamz: MagiCats Edition, said: “Programming can be a daunting skill to learn, but we don’t believe it needs to be. It can actually be a lot of fun to figure out the logic of how things work, and see your creations come to life. We wanted to make Crazy Dreamz as an inclusive, inspiring, accessible way to get into an awesome creative field.”

Greetings, MagiCat! As an all-powerful cat wizard, you will no doubt be focused on two goals. Number one: building awesome arenas to share with your companions, making you the most influential MagiCat Builder. And number two: fighting monsters in thousands of arenas created by others, to become the most respected MagiCat Fighter.

Crazy Dreamz: MagiCats Edition is a 2D sandbox platformer with a twist. Create your own levels – tricky, hilarious or puzzling – with a powerful but easy-to-use in-game coding interface, crafting your own game experiences on the fly!

Use simple visual scripts to create custom behaviours – from cowardly treasure thieves who run away on sight, to epic bosses that summon kamikaze skeletons. Watch your code come to life in real-time, then share your creations with the rest of the world!

Part sandbox platformer, part easy-to-master 2D game-making tool, Crazy Dreamz invites you on an inspiring journey of creativity and imagination. Create, play, share – and become the most respected MagiCat of all!