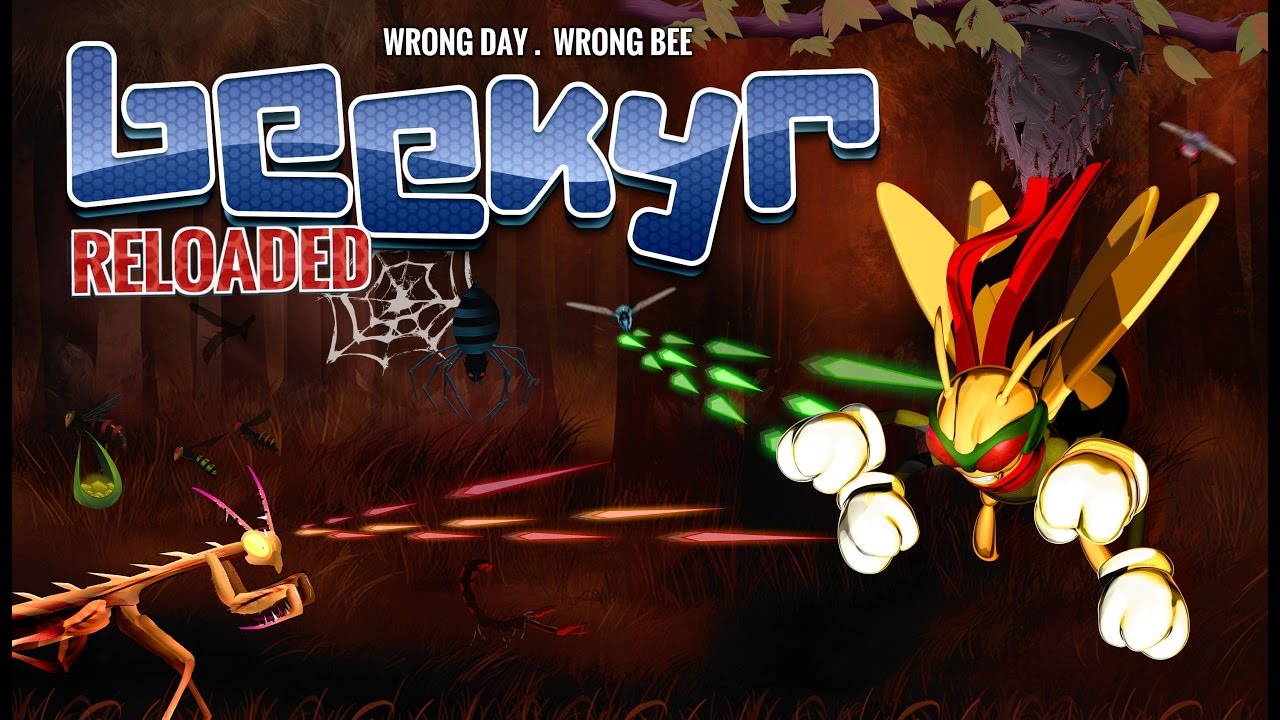 Beekyr Reloaded is an unique Bee’em up game (or shoot’em up with bees). The game breaks molds moving away from the typical shmup game, avoiding the space theme mixing vertical and horizontal scrolling stages with very varied game mechanics. Each stage is very different from the previous stage: one level we could be fighting scorpions, another defending the hive collecting pollen, dodging birds, raiding caves behind waterfalls protected by angry fish or we could be escaping from the wasp-hive after just killing the queen.

Beekyr Reloaded has 28 levels across 4 colorful worlds, going darker with every stage. First levels, full of colour, display naivety and happiness. The later, dark with cold fog and evil creatures lurking between plants full of spikes.

Game is hard but fair, you’ll heavily rely on your skills. You might want to play for hours after you give it a chance. Let’s see if you get inside the hive after playing through stormy weather! Getting there might take you about 5 minutes. But, finishing the game is a different story.