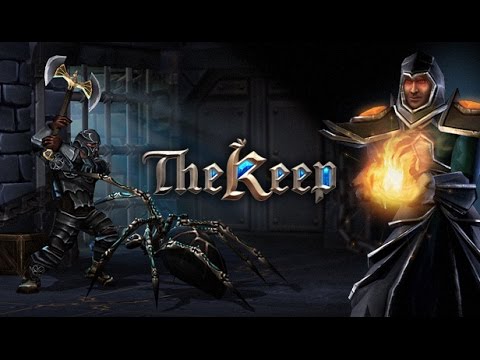 Cinemax is proud to announce that The Keep, an old-school first person dungeon crawler with real-time combat for PC is set to be released on Steam for $14.99 in the US on and for € 14.99 in Europe on March 16, 2017.

In The Keep you will embark on a quest to explore caves and dungeons filled with monsters to slain, traps to avoid, puzzles to solve, and treasures to find underneath and surrounding the tower of evil sorcerer Watrys.

The Keep offers an easy to dive in gameplay experience with enough depth to ask for more. Every enemy requires different tactics during combat, every weapon class offers unique combos and by rearranging and combining runes that you have to find in the first place you can cast powerful spells.

– An old-school first-person dungeon crawler with a modern twist
– Vast underground dungeons filled with traps, monsters, puzzles and treasures
– Three difficulties. The Keep will offer something for newbies in the genre, seasoned adventurers and for those who like to tackle with proper challenge—every difficulty level will have a Perma-death option.
– Rune magic—you can rearrange runes on a 5×4 board and then chain them together to cast powerful elemental magic (Fire, Ice or Lightning). Runes are scarce but there are a lot of spells, so be careful to pick the right combinations
– Captivating soundtrack
– English voiceovers with localized in-game text to seven languages – English, German, French, Spanish, Italian, Brazilian Portuguese and Czech