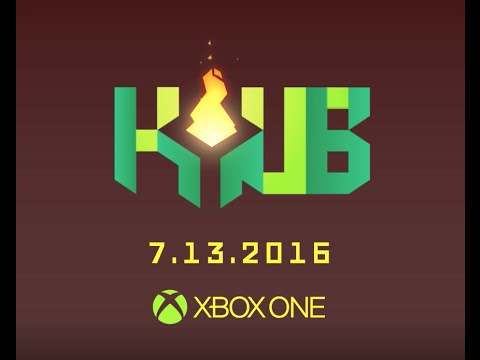 Ninja Egg, an independent game developer based in Tokyo, is excited to announce that their first console game, Kyub, is going to be released digitally on July 13th 2016 on Xbox One for $19,99 as part of Microsoft’s ID@Xbox indies program. A pre-order sales announcement will follow soon.

Kyub’s Origin
Kyub was originally a student project started at Isart Digital, a video game college in Paris and was even selected in 2012 it was to compete in the Independent Games Festival in San Francisco. Years later the project was picked up by Ninja Egg and with the support of ID@Xbox, it was completely remade from scratch under Unity and revamped with a new art style, new surroundings and deeper gameplay.

Kyub’s description
Move the “Kyub” and use its abilities to solve devious puzzles and escape malicious traps. Switch between action and puzzle phases where you manipulate other cubes to climb walls and destroy obstacles with lasers or activate switches to trigger new paths. Protect yourself and change the Kyub’s status to become immune to the elements. Master the Kyub and discover all its insane possibilities.

Design your journey at slow pace or furiously fast rhythm. But always be wise & creative because memory, reflexes and rapid execution are the keys to completing each challenge. Die a lot, unlock secrets, collect every medal, and be the fastest among your friends on leaderboards. With more than 80 levels the mysterious world of Kyub offers simple mechanics yet a deep gameplay with thousands of combinations!