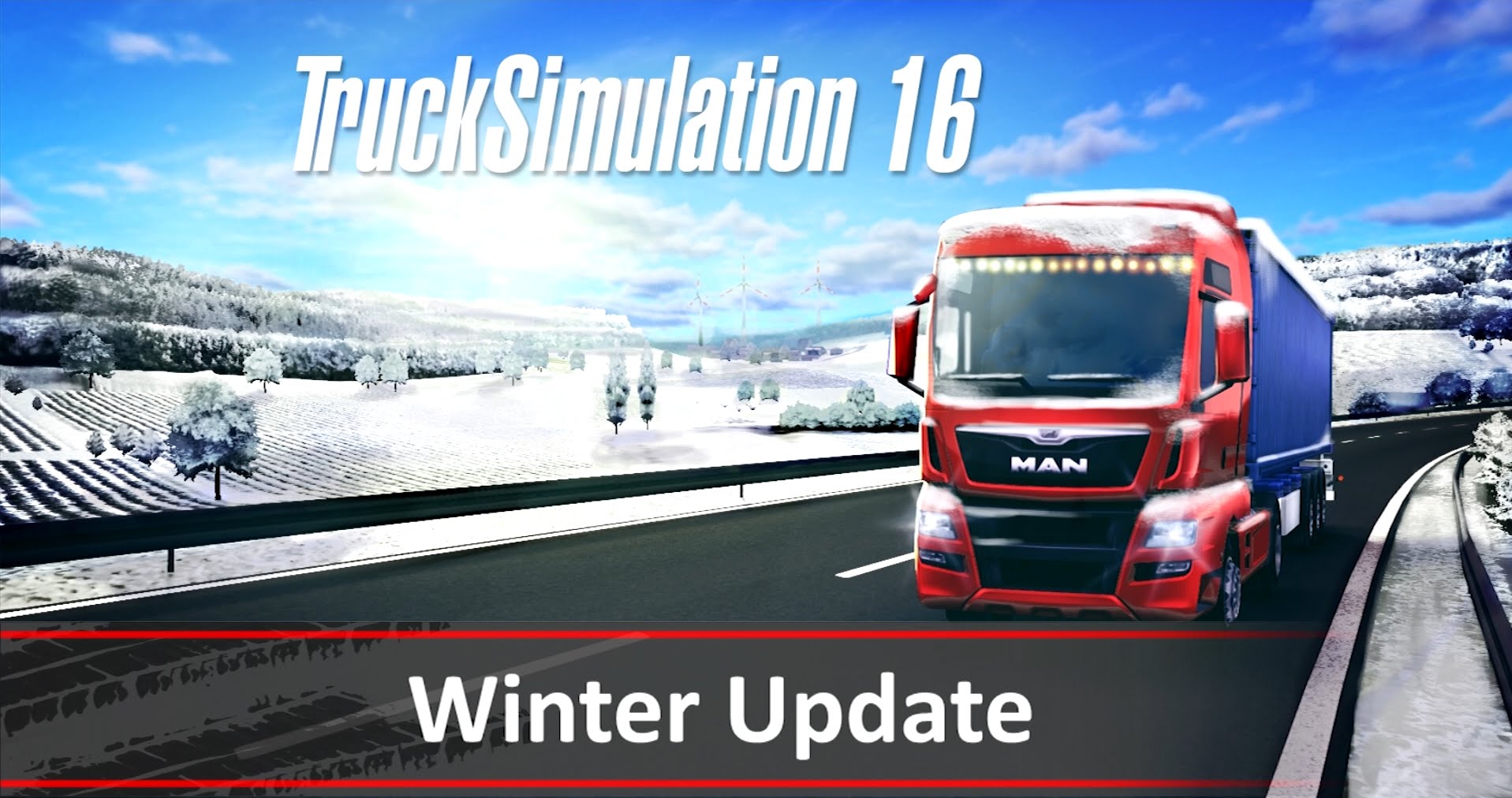 German publisher astragon Entertainment and multi-award winning developer kunst-stoff have announced today that the latest update for TruckSimulation 16, their transportation simulation and management game for iOS and Android, has received a free winter themed update which is available now in the App Store® and on Google Play™.

In addition to numerous game improvements and a newly integrated language support for Russian and Japanese, the update also brings some wintry changes into the game: After installing the update mobile truckers will be able to enjoy beautiful, snowy landscapes during their exciting trips through Europe.

About TruckSimulation 16
Get behind the steering wheels of originally licensed trucks by German maker MAN and become the largest logistics entrepreneur in Europe! The player will not only take a seat in the driver’s cab of his trucks himself, but also be able to hire other AI-drivers who will in turn carry out delivery missions and earn additional funds for their rising logistics company.

Numerous delivery orders will lead the player down roads and into cities across Middle and Western Europe within a freely drivable game world. Players can make use of eight trailers suitable for different groups of goods such as a container semi-trailer, tipping semi-trailers for bulk goods, a low-loader for transporting construction machines and other heavy materials and even a tank container with which they can safely deliver chemicals and other hazardous liquids.

TruckSimulation 16 offers not only a realistic and almost endless driving experience on its highways but also more than 20 real-life cities with their iconic landmarks.