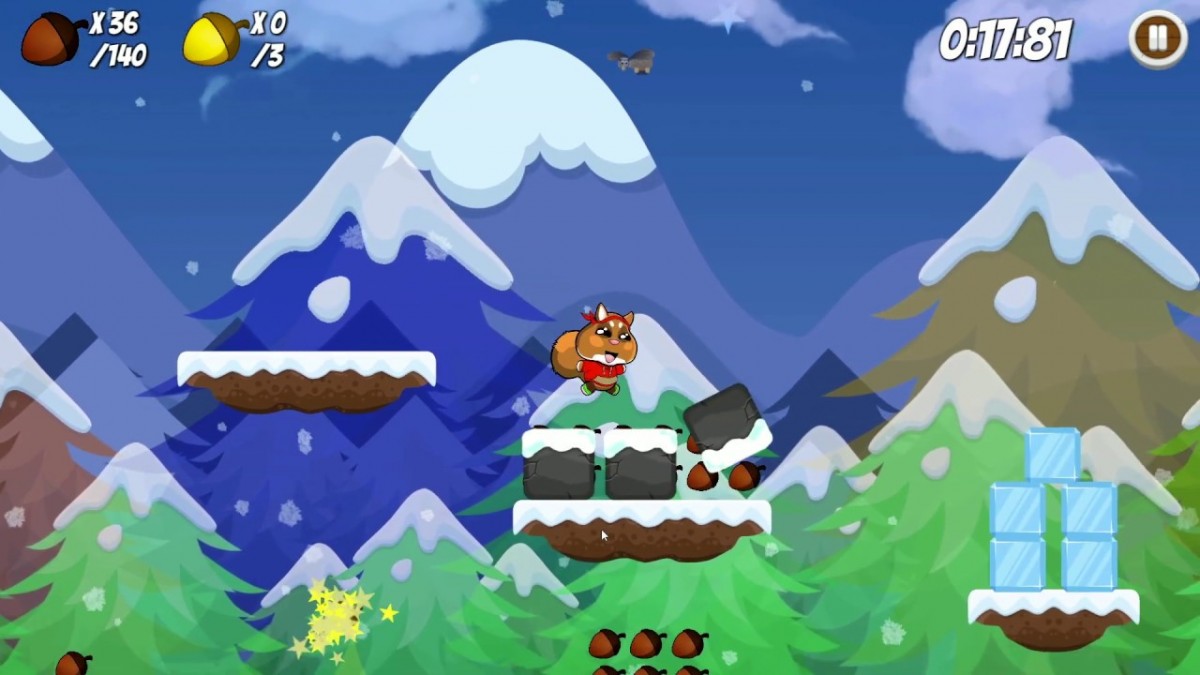 Let’s Go Nuts, the wacky multiplayer platformer from  BeardedBrothers.Games, fends off an alien invasion on Nintendo Switch™.
Overcome boiling toxic goo and sludge-flinging alien foes in this colorful game of the floor is lava by bounding between precarious platforms. Dash into boxes to send them flying across the level and form new paths. Combine agility with quick and strategic thinking to collect nuts scattered through each level and get to the finish line in record time.
Take on furry friends in competitive multiplayer supporting up to four players or join together in co-operative mode to save the forest and stockpile points. Endless mode adds a side-scrolling race to escape a looming wave of toxic waste set to destroy any clumsy rodents who fall behind for solo or group play.
Aliens have brought cartoony ruin from outer space and only the most heroic of squirrels can save all critter-kind. Guide furry paws through zany environments from a flaming forest to the bowels of an alien ship in a quest to bring peace to the forest. Progress through the campaign to unlock new worlds and cosmetic items, with a range of hats and outfits to make even quirkier squirrel avatars.