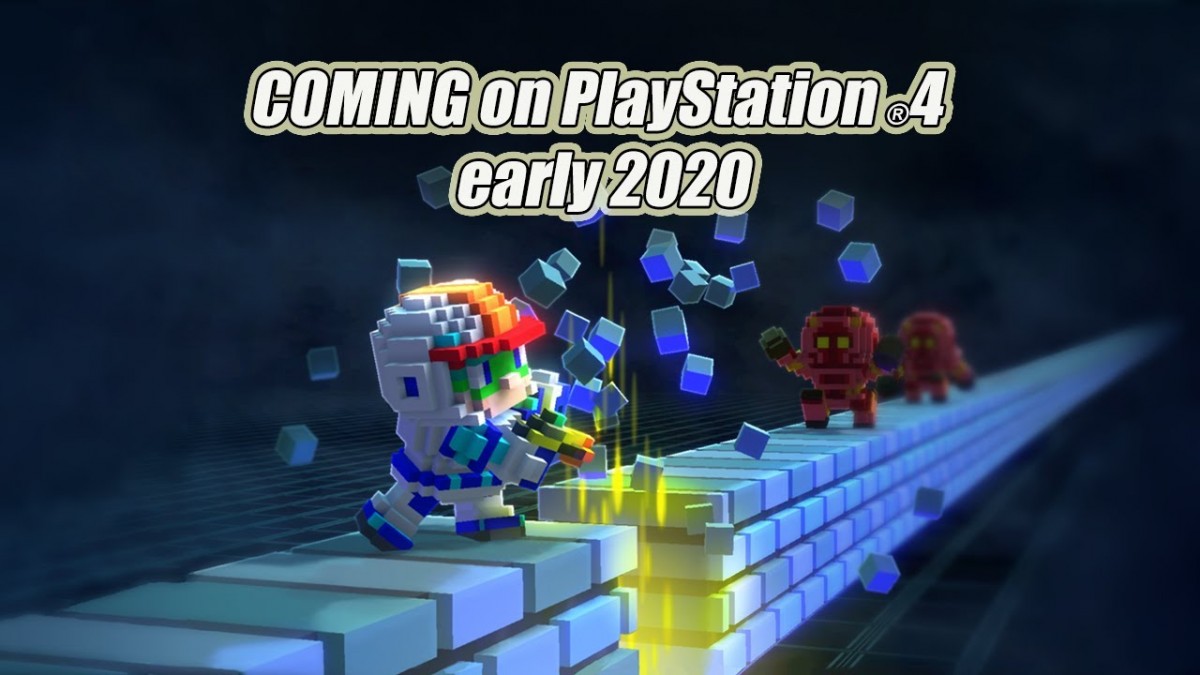 Lode Runner Legacy, the latest edition of the cult classic Lode Runner series, is coming soon to the PlayStation® Store for the PlayStation®4 console in early 2020. The launch will mark the first time PlayStation fans have been able to enjoy the beloved action puzzler since 1994. First released in 1983, Lode Runner’s frantic and addictive gameplay has entertained generations of players, and Lode Runner Legacy updates the classic game for current systems while maintaining the spirit of the original.

Stuttgart-based publisher Strictly Limited Games, specializing in the release of strictly limited physical collector’s editions of digital games for PlayStation 4, PlayStation Vita and Nintendo Switch™, will be responsible for bringing the physical limited editions of Lode Runner Legacy on both PlayStation 4 and Nintendo Switch.
Lode Runner’s rich history began in Seattle in 1982, when Douglas E. Smith, then a student at the University of Washington, created a game prototype, which he called Kong. The game generated so much interest from his peers that he worked full time to finish it, and then submitted it to software publishers as Miner. In 1983, Broderbund licensed the game and published it as Lode Runner for Apple II, Atari 8-bit, MSX and Commodore 64 computers. Since then, versions of Lode Runner have appeared on virtually every platform imaginable, including arcade machines. In 1984, the Famicom version became the first third-party game to sell over 1.5 million units.
“[Doug] Smith created one of the most innovative formative works of the medium, a game that managed to transcend international boundaries and become a beloved classic among American PC gamers and Japanese console fanatics alike,” wrote gaming journalist Jeremy Parish in a tribute to Smith for US Gamer. “Level editors and game customization are taken as a given these days. And frankly, no one has ever managed to create a “trap ’em up” action game as fast, as diabolical, and as fun as Lode Runner.”
In Lode Runner Legacy, players control the Runner, solving puzzles to regain stolen gold from the Evil Empire’s labyrinth. Each puzzle is a unique challenge to the player’s puzzle-solving and strategic techniques. In Two-Player mode teammates must work together to defeat each level, and their cooperation is rewarded handsomely with prizes impossible for a single player to capture. The Two-Player mode also has online rankings, so play in perfect harmony and aim for the highest score in order to make it onto the board.
Additionally, players can flex their creative muscles in Lode Runner Legacy’s most unique feature: Craft Mode. Players can create original levels, characters, and items, which can then be shared online with players around the world. Share your original level and characters or play other players’ levels in World Levels mode, and “Like” the best ones.
Lode Runner Legacy includes countless features and game modes for players to explore. Players can regain stolen gold from the Evil Empire in Adventure Mode, or play enemy-free puzzle levels in Puzzle Mode. Additionally, Lode Runner Legacy comes equipped with 150 of the original Lode Runner levels in Classic Mode, as well as several hidden levels for players to uncover. All in all, there are 300 levels for players to beat as well as any new levels posted online, providing players with limitless hours of entertainment.