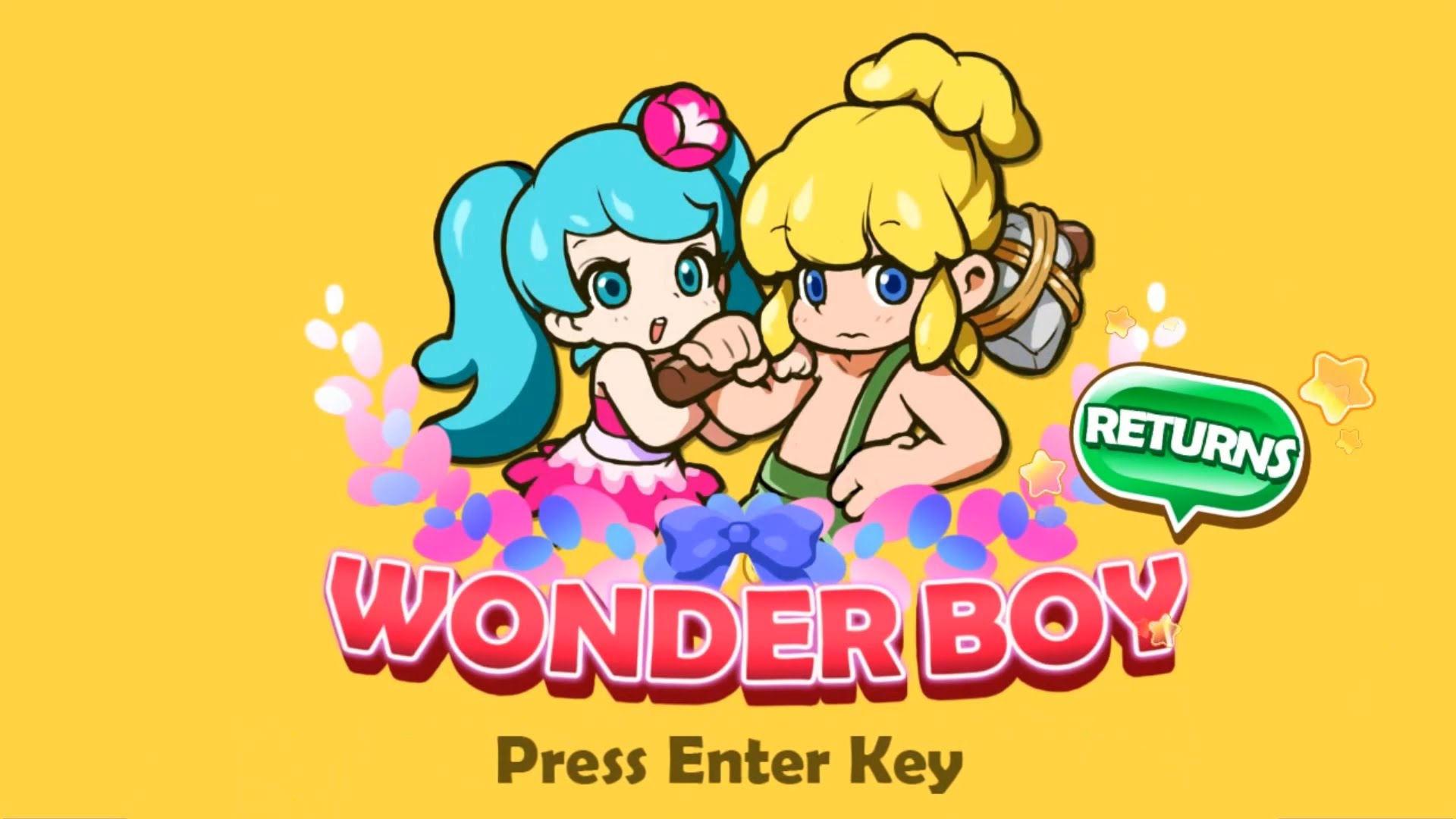 CFK is a company that acts both as publisher, and developer located in Korea. Their specialization was localizing many Japanese language game to Korea for more than a decade. Using their previous experiences and polished game development skill, they have developed a new version of a classic side scroller game, [Wonder Boy 1] back to life. Titled [WONDER BOY RETURNS], the game is anticipated to be released through Steam Platform this fall.

Wonder Boy is a classic title that was released at year 1986, by the company called Escape (Currently renamed as Westone Bit Entertainment). First released as on Arcade machine, Wonder Boy is a fast paced side scrolling action arcade game. The hero, Boy is running hastily to save his girlfriend Tina, who had been held captive by the Dark King. The game had intuitive gameplay, and the face paced action side scroller game gained overwhelming popularity. It is a classic title that once dominated the gaming era. Due to its popularity, it also managed to be ported into many numerous consoles even to this date.

At CFK, their goal is to keep the classic game play and feel but greatly improve the visual aspect. While keeping the classic gameplay feel, they have added more colorful and appealing graphics fitting to modern era, and added additional elements to the game itself. The newly reborn action game [WONDER BOY RETURNS] is set to be released on Steam this fall.

Even if the players are not familiar with the [Wonder Boy] game, the [WONDER BOY RETURNS] will be appealing to players with its newly designed visual graphics. To fit more to current trend, all characters including the hero, the heroine Tina, and various monsters had been re-designed from scratch. Under a supervision of the original creator, this remake has added new stages and monster to amplify the fun aspect of the original game.

The [WONDER BOY RETURNS] is set to be released globally on Fall 2016.