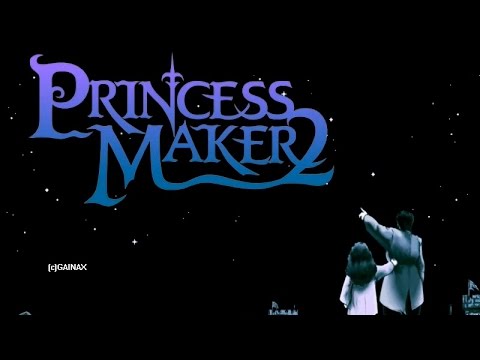 CFK is a company that acts both as publisher, and developer located in Korea. Their specialization was localizing many Japanese language game to Korea for more than a decade. This time, they are proud to re-introduce favorite life simulation game, [Princess Maker 2 Refine] to Steam. The pre-order will be available on PC, Steam platform starting at September 26th, 2016.

In the game, player has been entrusted to take care of a young girl by the God of Star. A player must take responsibility to raise the young girl from age of 10 to 18 safely with love and care. The daughter (young girl) will be able to gain experiences from education, part time work, and even combat training to grow. In given 8 years, how and what she will grow into will depend on your method of education and decision, and depending on your decisions, various events may/would occur.

[Princess Maker 2 Refine] has been equipped with full color graphic and art design, and for the first time in the series, the developer CFK has implemented full Japanese voice over for all in-game characters. To be fitting for release to Steam platform, Achievement and Trading Card system has been implemented.

[Princess Maker 2 Refine] will officially be release on October 3rd 2016, and pre-order will be made available starting on September 26th 2016 with 20% discount to the original price for anyone purchasing early.