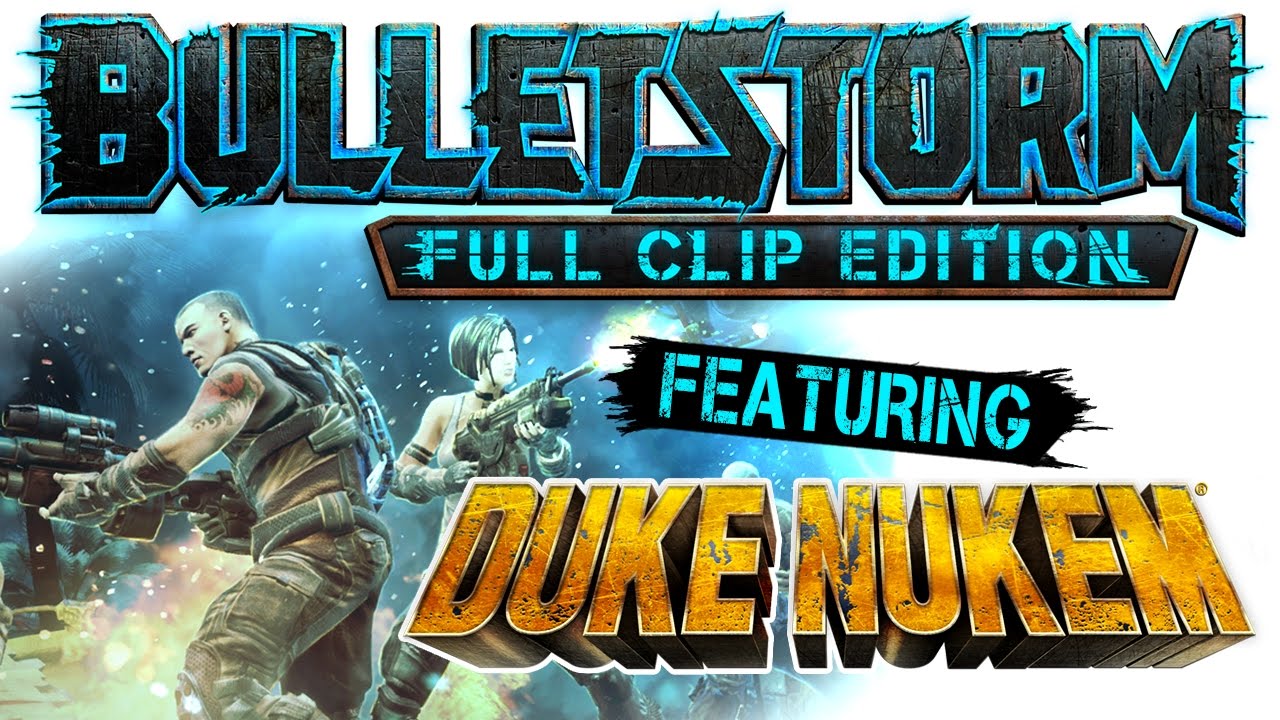 People Can Fly and Gearbox Publishing are pleased to announce Bulletstorm: Full Clip Edition as the critically-acclaimed shooter comes to PlayStation®4, Xbox One, and PC on April 7, 2017 in stunning ultra-high resolutions. Updated with hi-res textures, increased polygon counts, sterling audio, smoother framerates, and running in up to 4K resolution on PC and PS4 Pro, this upgraded version of the game comes with all of the previously-released DLC along with all-new content. Also for the first time ever, players who pre-order the game will get the chance to play as the iconic Duke Nukem in Bulletstorm: Full Clip Edition. Featuring full voice over from the voice of Duke, this feature will replace main character Grayson Hunt with Duke Nukem and provide a never-before-seen experience to fans.

“We are thrilled to be working with People Can Fly to bring Bulletstorm to new audiences and platforms,” said Steve Gibson, Head of Gearbox Publishing. “Bulletstorm: Full Clip Edition takes a critically-acclaimed game and adds so much to it with some killer new content, including all the separate add-on packs, and kicking up the presentation to a level that wasn’t possible with technology before. We hope fans of the franchise, both new and old, are going to love this.”

Step into the boots of Grayson Hunt after a crash landing on an abandoned resort planet forces him to make a hard choice: survival or revenge. An exiled member of the elite assassin group Dead Echo, Grayson’s blind desire for vengeance finds his crew stranded on Stygia where he can finally confront the commander behind his betrayal—or get his team off the planet alive. Battle your way through throngs of Stygia’s mutated inhabitants, performing masterful kills throughout the single-player campaign—or one of 30 competitive score-challenge or 12 co-operative multiplayer maps—using Bulletstorm: Full Clip Edition’s unique “Skillshot” system that rewards you for executing the most creative and deadly kills imaginable.

Set to launch on PlayStation®4, Xbox One, and Windows PC on April 7,2017, Bulletstorm: Full Clip Edition is the definitive Bulletstorm experience, including:

The Total Package – All previously-released content including all maps, modes, and more on your favorite modern platform
New Overkill Campaign Mode  –  Blast your way through the campaign by starting with an unrestricted arsenal of weapons and Skillshots
New Echo Maps  – Showcase your skills on six brand-new levels for the score-based Echo Mode
Killer Visuals – Presented with updated models, environments, and animations all running at a smoother framerate than ever before
The Art of Destruction – Orchestrate masterful kills by mixing fast-paced gunplay with unique kick, slide, and leash combos
Visceral Audio – Bask your ears in Skillshot glory with newly remastered audio effects
Duke Nukem’s Bulletstorm Tour – Pre-order the game and get the option to play through the entire Bulletstorm: Full Clip Edition campaign as Duke Nukem, featuring a fully rerecorded script and brand-new lines from the original voice of Duke

“Everyone at our studio is excited to be delivering what we feel is the very best Bulletstorm experience to fans around the world,” said Sebastian Wojciechowski, president of People Can Fly. “The team has worked tirelessly to ensure that Bulletstorm’s debut for a whole new generation will be great, and we hope that gamers everywhere are ready to step into Grayson’s boots again and show the world how creative they can get with their Skillshots.”