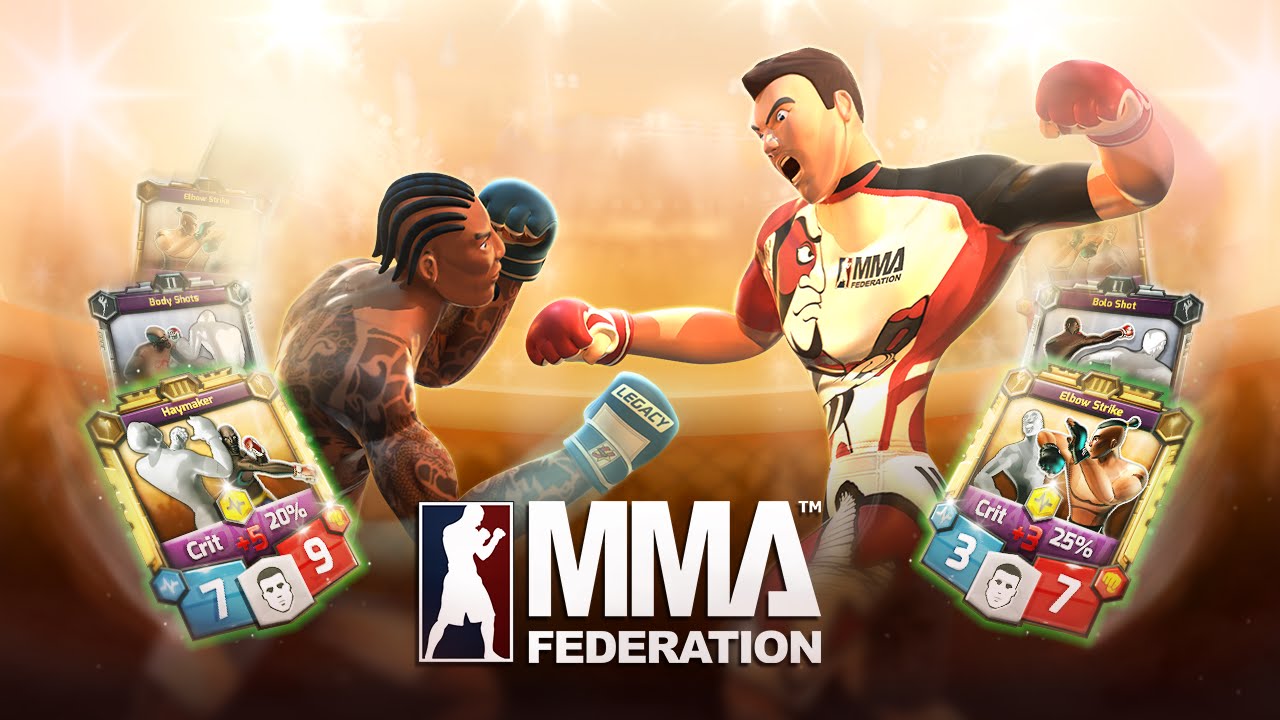 19th MAY 2016, Manchester, UK: With the game having already topped charts around the globe, 360 Studios has today launched a major update for MMA Federation on iOS and Android, adding a brand new Deck Management feature designed to reward committed players.

The update, which the studio bills as being crucial to the long term success of the game, comes as MMA Federation also rolls out in 100 new countries, boosting the title’s global presence. You can watch the new feature trailer for the update –

“As a sport, MMA is strategic and complex and we knew this model wouldn’t create an authentic experience. Our solution was a card battling mechanic which has since proved extremely popular. The new Deck Management feature is the essential final component to create an intelligent and strategic combat system.”

According to the MMA Federation development team, Deck Management has been designed to allow players to hand-pick the moves in their fight deck, helping to create unique combat styles for each of their fighters.

“Deck Management adds a whole new level of Strategy to our PvP modes,” added Giolito. “By carefully selecting Moves, advanced MMA Federation players can build a custom deck to counteract an opponent’s tactics. This enables an endless battle of wits for competitive players. As a developer, it’s an important feature as it adds huge longevity to the game.”

Though often perceived as being brutal, in reality MMA is an incredibly sophisticated sport, with successful fighters needing to master both ground and standing combat. Indeed, MMA fighters train in multiple martial arts disciplines, many of which takes years to master – something 360 Studios has looked to emulate within MMA Federation.

“As massive MMA fans we wanted to capture the reality of the sport,” concluded Giolito. “We wanted to pin down the multi discipline training, the fast-paced strategy, and the intellect required to be an MMA champion.”