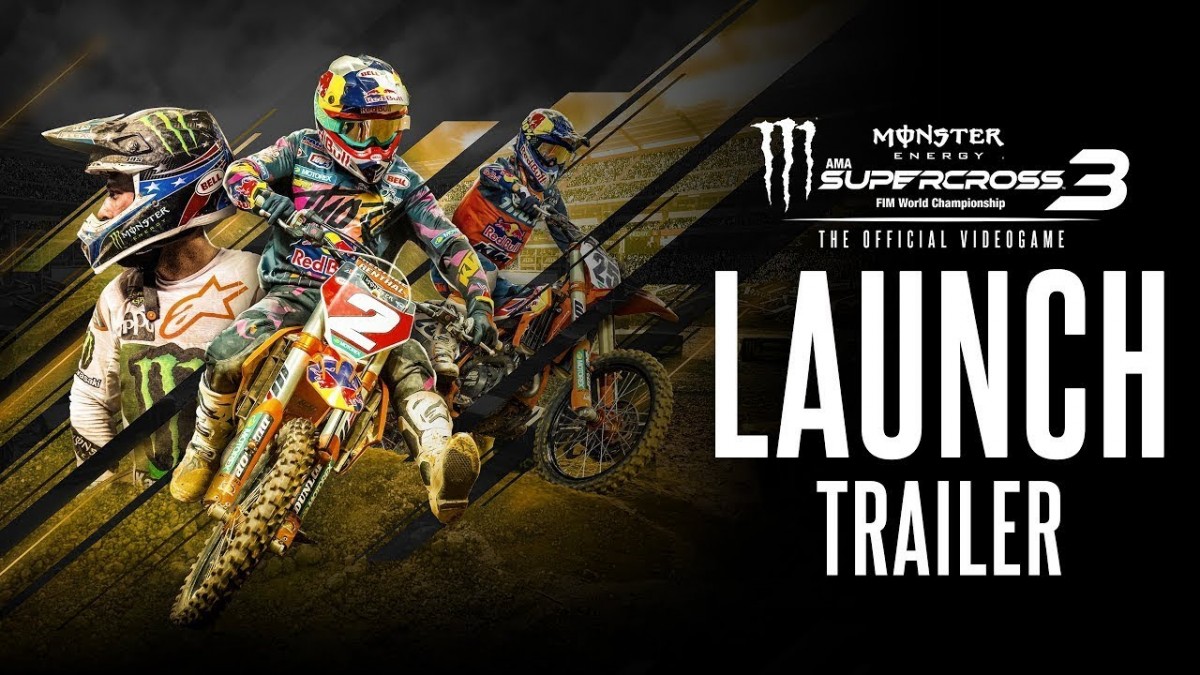 Milestone announced that Monster Energy Supercross – The Official Videogame 3, the latest release of the most beloved and realistic Supercross videogame, is available on PlayStation®4, Xbox One, Windows PC®/STEAM, Google Stadia and Nintendo Switch™.

After the great success with the previous games, Monster Energy Supercross – The Official Videogame 3 returns with a plethora of new features that will delight both hardcore and casual gamers:

·    Official 2019 Monster Energy Supercross season, with 100 riders from both the 450SX and 250SX Classes, 15 official stadiums and tracks. For the very first time in the series, players will finally have the chance to become a teammate of their favorite Supercross rider, choosing between a sponsor team or an Official Supercross Team of the 2019 Championship.

·    Thanks to new Dedicated Servers, players will now enjoy a smoother gameplay experience in Multiplayer, with a very low latency and lag-free races. Also, the Race Director Mode allows players to create amazing online tournaments, deciding from the players’ starting positions, to assigning penalties or choosing which cameras to focus on.

·    A bigger and richer Compound where to race alone or in co-op mode with 3 other friends. The new compound is the replica of the legendary Factory Supercross Practice Tracks in California, with 9 amazing tracks, where most of the OEMs that compete in the Monster Energy AMA Supercross, an FIM World Championship test their bikes.

·    An enhanced Track Editor featuring new modules and new stadium items to customize tracks in a unique way. Thanks to brand new aestetic customization items, such as Touch Block, Finish Gates or Leader Pillars, players can now enhance realism and immersion of their  custom tracks.

·    Lastly, Monster Energy Supercross – The Official Videogame 3, for the first time since the game’s inception, Female riders are available with their own set of animations and physics. Just like we are seeing in stadiiums across the country in the Women’s Class at Supercross Futures, players can select a Female Custom Rider amongst different models to be the next Supercross Champion.

Milestone didn’t focus only on new features; developers worked hard to improve several technical aspects that will impact both graphics and the overall gameplay experience. Rider and secondary character models have been completely re-made from scratch with photo scanning that now feature a new set of animations. Tracks are now more alive, thanks to revised particles of fireworks, flames, dry and wet ground that are more detailed and realistic. On the gameplay side, physics have been completely revised to be adapted to the new riders’ animations and a new in-air bike control system has been implemented to improve bike handling during jumps.

Monster Energy Supercross – The Official Videogame 3 is available on all platforms: PlayStation®4, Xbox One, Windows PC®/STEAM, Google Stadia and Nintendo Switch™. After launch, the Season Pass will ensure players to access all DLCs included in the post launch roadmap,