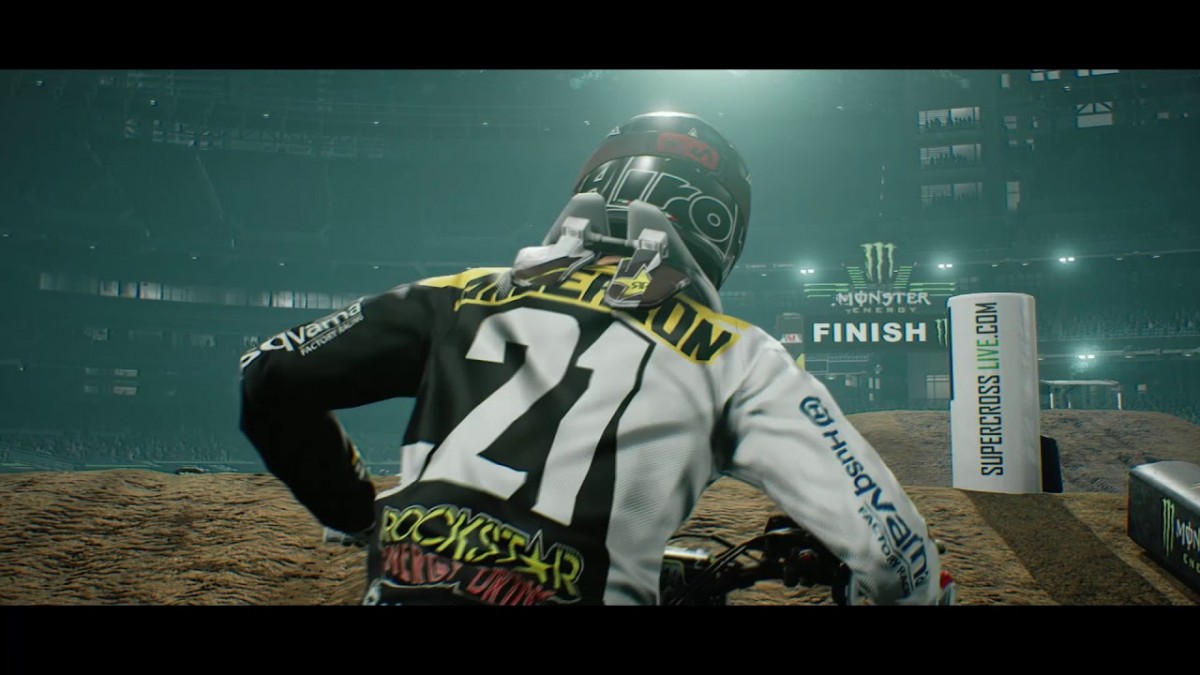 The time has come: Monster Energy Supercross – The Official Videogame is available in stores and on digital for PlayStation®4, Xbox One, Windows PC®/STEAM, and Nintendo Switch™.

Starting from today, users can also purchase the Monster Energy Supercross Season Pass to get additional, exclusive content. The Season Pass, which is available for PlayStation®4 and Xbox One, includes 5 DLCs in total, 3 of them available at launch:
·        A DLC with 60 liveries – 10 for each manufacture – and 10 rider tracksuits to customise bikes and riders;
·        An exclusive set of 15 additional Icons and 15 Butt Patches to further expand your customisation options;
·        The Credit Multiplier DLC.
Shortly after, users will get access to two additional DLCs:
·        Monster Energy Cup, set to offer all fans the exact replica of the 2017 Monster Energy Cup track at the Sam Boyd Stadium in Las Vegas, for both offline and online modes;
·        Compound, a training space with two new tracks for players to train on Supercross and Motocross circuits.
Featuring innovative track designs and set inside recognizable and prestigious stadiums, Monster Energy Supercross – The Official Videogame is the most realistic and immersive Supercross fan experience.

·        The Official 2017 Monster Energy Supercross Season;
·        Official bikes, iconic tracks, and athletes from both 250SX and 450SX Classes: Chad Reed, Ken Roczen, reigning champion Ryan Dungey and others will race across official challenging tracks;
·        An exciting career mode with extreme customisation options for both riders and bikes with the maximum flexibility to advance in racing classes;
·        A powerful track editor, for endless gameplay possibilities. Thanks to the track editor, players can create their own custom tracks, race on them and share them online. Once uploaded on the server, users can “like” other gamers’ creations, vote for their favourite tracks and increase the prestige of the track designer.
·        Top notch graphics for world-class game quality and a next-level immersive experience;
·        Online modes, with Multiplayer up to 12 players who can ride on both official and custom tracks.

The track editor and online modes will only be available on PlayStation®4, Xbox One and Windows PC®/STEAM.

The Supercross Championship is also on mobile platforms, with the app Monster Energy Supercross Game, available on iOS since 9 February.