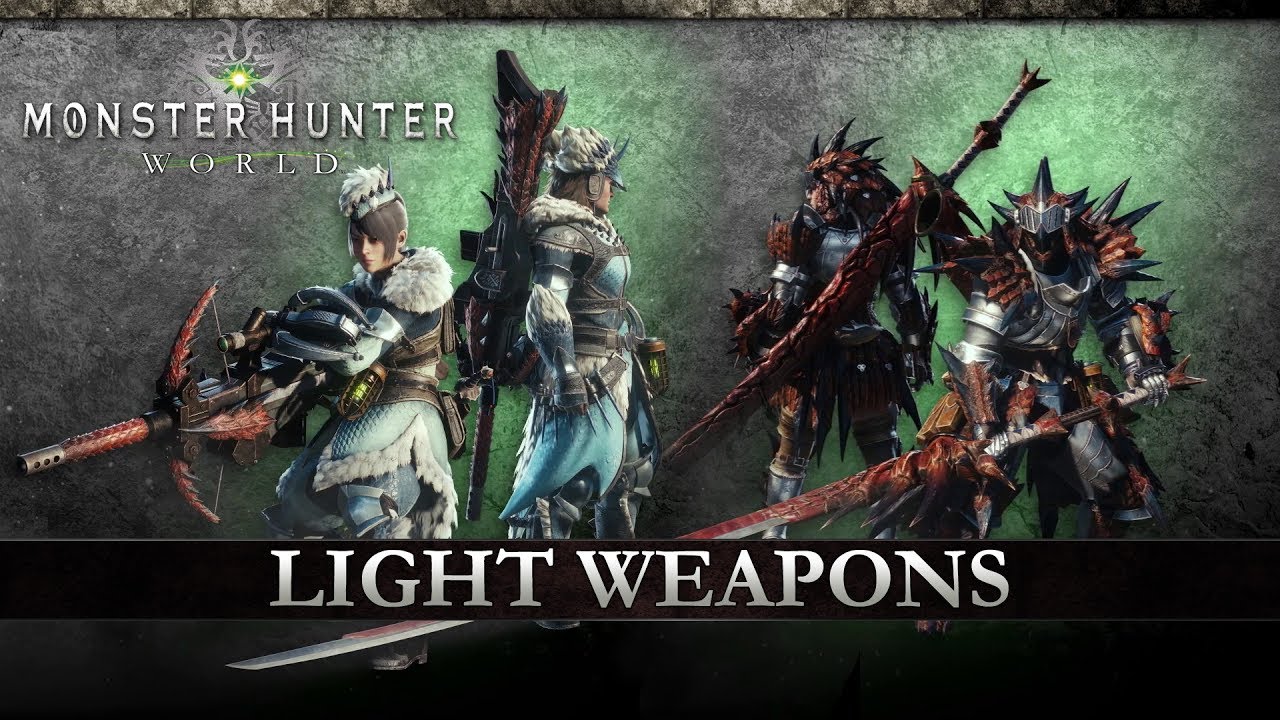 In Monster Hunter: World, players gear up to seek and slay ferocious monsters in an incredible living, breathing ecosystem. They won’t be heading into battle unarmed though! Players can choose from 14 different weapon types based on their preferred playstyle and these can be changed mid-quest, depending on what the hunt demands. We have a sneak peek at the benefits and unique traits of the full arsenal in three new videos narrated by our professional hunter.

The three videos demonstrate that there’s a vast range of unique weapons for players to choose from, whether they’re new to the hunt or already a seasoned veteran. Each weapon type has a different overall playstyle and characteristics which are showcased in the videos. Swords and blades can be useful in cutting damage and executing fast paced attacks, impact weapons like hammers can cause high damage and stun opponents whilst ranged weapons such as bowguns allow you to attack beasts from afar. If the hunt is too overwhelming, support style weapons can be very useful such as the hunting horn which plays melodies that provide buffs for the team.

Depending on the type of foe and quest goals, it may prove useful to change gear mid-quest back at base camp. Players are never locked into one weapon type so they should keep different options on hand. Which weapons will you wield for the hunt?

Monster Hunter: World launches on PlayStation 4 and Xbox One in Early 2018 with a PC version to follow.