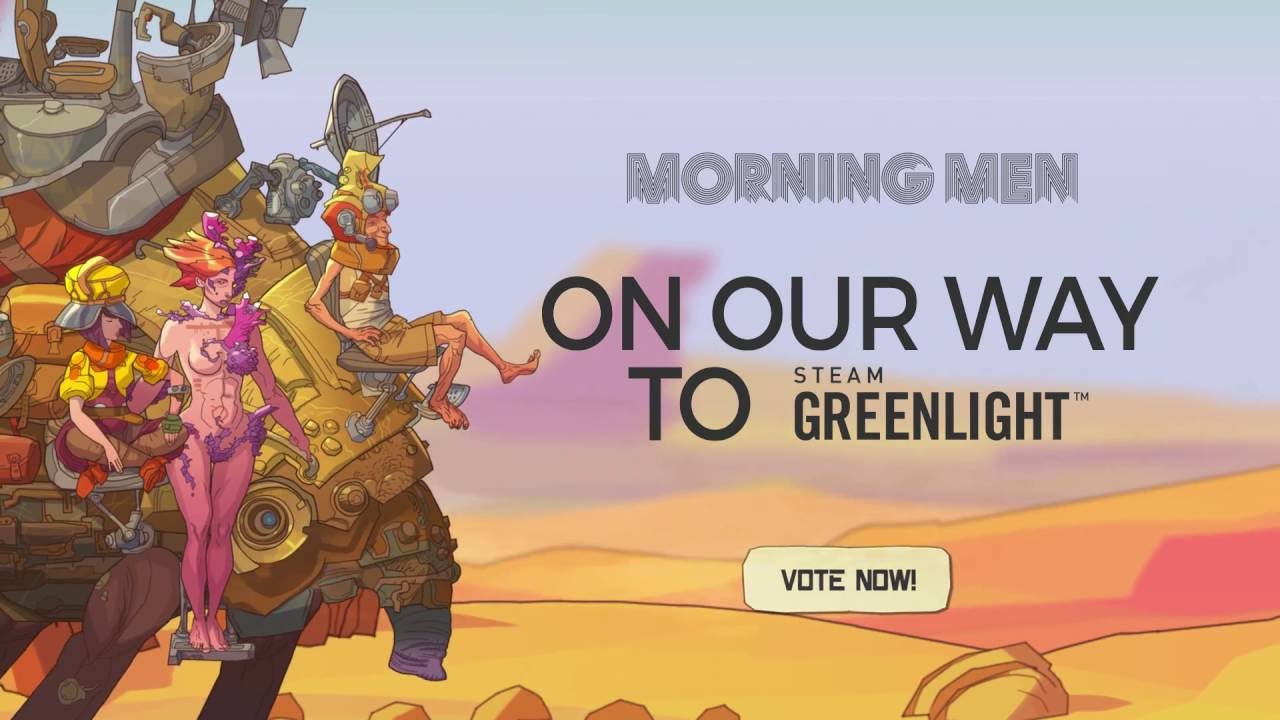 After a successful Steam Greenlight campaign, Pixel Federation has announced the release date for its episodic story-driven adventure game with RPG elements. Morning Men will launch on Steam on November 22, 2016.

When Pixel Federation launched its Steam Greenlight campaign for Morning Men, they had high hopes. Based on the feedback received, they were confident in their success. The problem was, the team didn’t know how long the process would take; however, all of their expectations and assumptions were thrown out the window when Morning Men was Greenlit in just five days!

With such overwhelming support and new drive for the game, the company decided it is time to announce the release date — Morning Men will be released on Steam for PC, OSX and SteamOS/Linux on November 22, 2016.

About Morning Men
Morning Men blends an out-of-this-world story with point-and-click adventuring and turn-based JRPG-style combat. Each character has his or her own traits, which can be changed based on your decisions made throughout your adventure. Help, hurt, or even ruin one of your companions lives by either masterfully or carelessly picking your next narrative step.