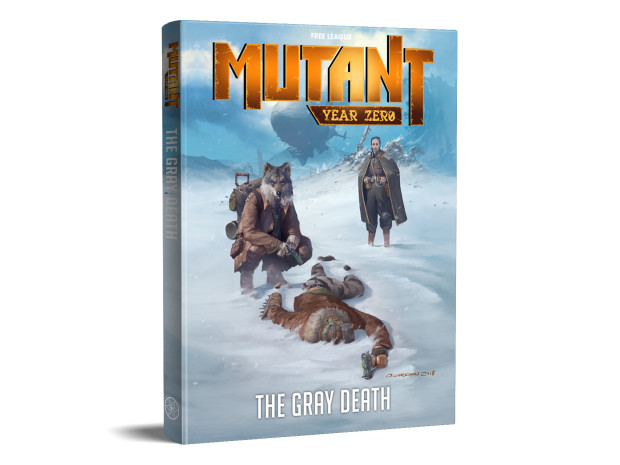 The door to the laboratory slid shut with a hiss. The battle was over, and the short man wiped a fleck of greenish fluid from his face. The lights in the ceiling flickered and cast a bleak glow over the fallen individuals on the floor in front of him. The man’s two accomplices – one immense and mechanical, the other shadowy – awaited new instructions.

“We have no time to lose. It is time to set our plan into motion. Soon, the entire Zone will be at our feet.” The Gray Death is a 96-page full-color hardback book that takes the stories in Mutant: Year Zero and its expansions Genlab Alpha, Mechatron, and Elysium and ties them all together. Mutants, animals, robots and humans must put their differences aside and unite against a common threat to the world at the end of days.

“Mutant: Year Zero is an exceptional roleplaying game, and if you’re the least interested in this kind of entertainment you should buy it immediately.”
–The Piruett scifi and fantasy blog

Winner of a Silver ENnie Award for Best Rules 2015