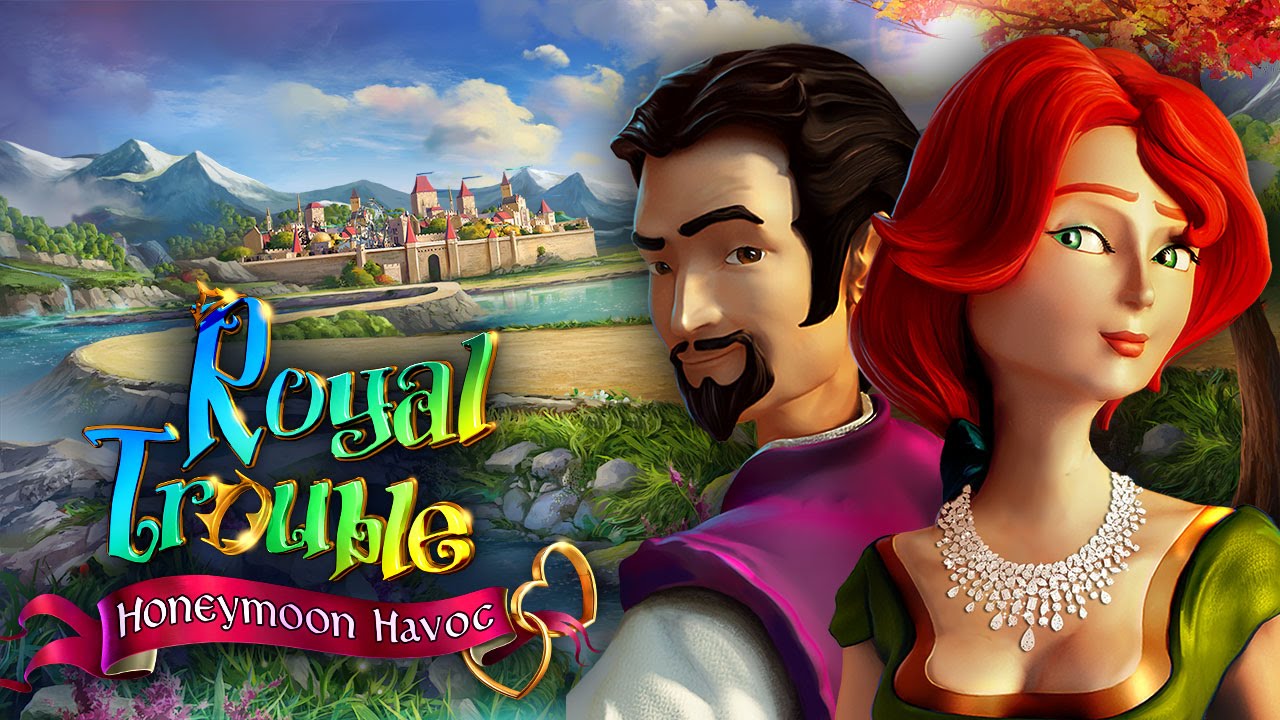 Just married! The royal wedding of Loreen and Nathaniel was spectacular, and their honeymoon was supposed to be fun and relaxing. But the resort they chose had a cruel surprise in store for them! Help this trouble-prone newlywed royal couple escape once again in the wickedly funny sequel to Royal Trouble: Hidden Adventures!

Loreen and Nathaniel are on cloud nine on their honeymoon when they decide to make an ill-fated detour to the Merry Castle, touted for its rollercoasters and magic tents. Who would have known it was another trap that will land them in hot water yet again? Take control of both the Prince and Princess and try to turn the tables around. Explore the castle, pick up useful items, solve tricky quests, help other captives and play witty mini-games while making your escape. Find out what’s really going on in the castle and test the marital bond like never before in this light-hearted hidden object adventure!

Royal Trouble: Hidden Honeymoon Havoc arrives on the App Store today, December 30, 2015, from G5 Entertainment and Orchid Games. Download this uproarious game for free now and get the full game unlock at up to 30% off through January 1, 2016!

Key Features:
•29 delightful locations to search
•10 tricky mini-games to conquer
•Lively and endearing characters
•Humorous mysteries and a dose of romance
Royal Trouble: Hidden Honeymoon Havoc is available for download to iOS devices starting today, December 30, 2015. Players can try the game for free and unlock the full version via an in-app purchase for $2.99/$4.99 on iPhone/iPad through January 1, 2016! (reg. $4.99/$6.99).