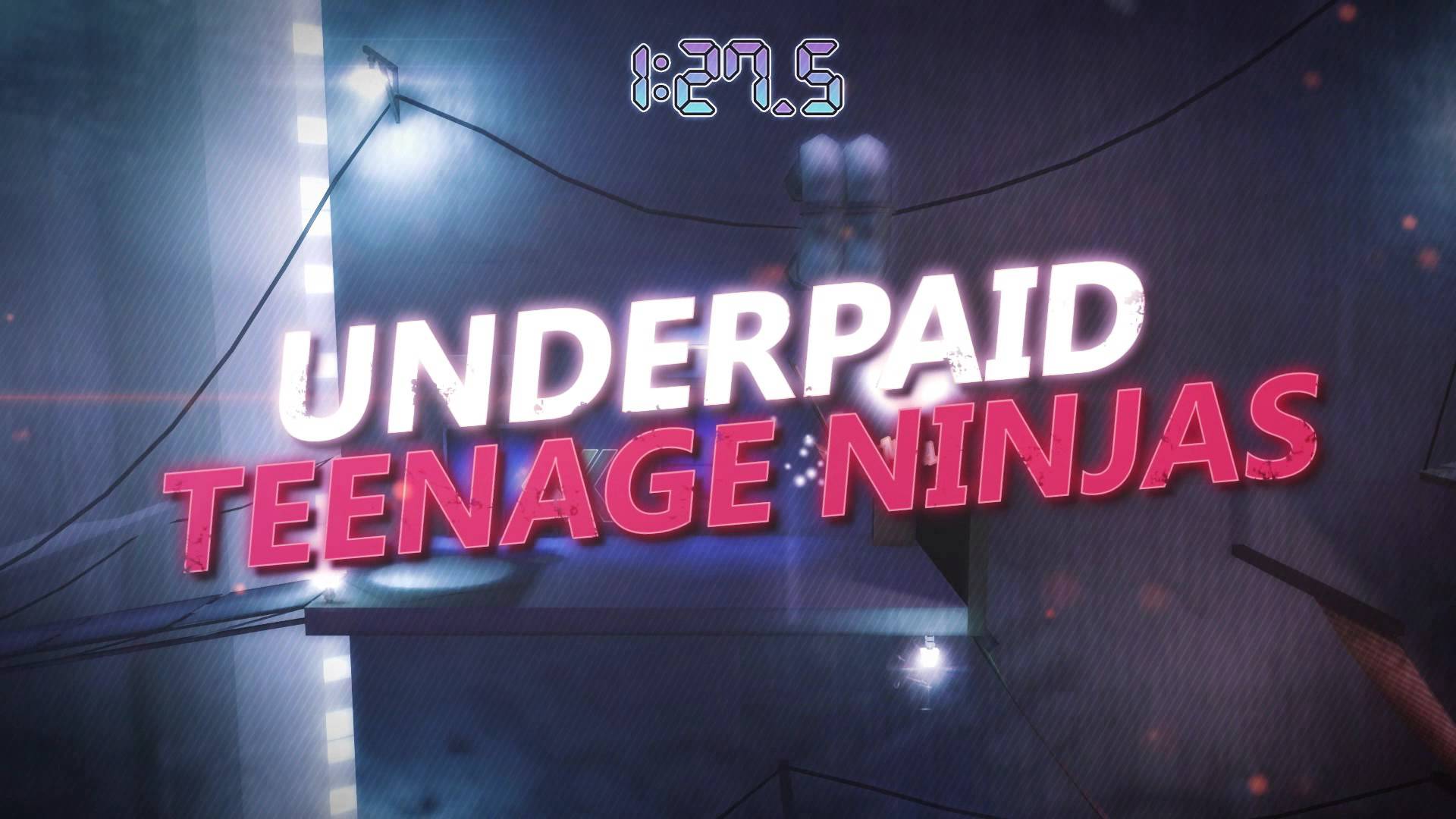 Early console reviews are mouth-watering: Kyle Durant of Pure PlayStation says “I can’t recommend this game enough and it will stick with me for a very long time.” and Matt S of Digitally Downloaded exclaims that Ninja Pizza Girl “feels at home on console, played on the big screen television and with a controller in hand”.

The PC original has been upsized and made tastier than ever, with these console versions featuring succulent 1080p visuals running at a smooth 60 frames per second and a rich, succulent soundtrack that will tickle your taste buds.

Thanks to massive overpopulation and ruthless corporate competition, the only way to deliver pizzas in the future is by hiring underpaid teenage ninjas to sprint their delicious dinners over rooftops. Ninja Pizza Girl stars Gemma, one such teenager who works for her father’s unfashionable but honest pizza delivery company. Can she survive the perils of rooftop parkour, dizzying jumps and – worst of all – ridicule from other teenagers?

The game combines a delectable assortment of gameplay toppings: fast-paced action perfect for speedrunning, generously proportioned graphics, a finely prepared energetic soundtrack – all on top of rich and satisfying platform gameplay with a story that is as warm as it is filling. It’s a game that will keep you coming back for a midnight gameplay snack time and time again.

Online leaderboards show how your speedruns compare to your friends, rivals and all other Ninja Pizza Girl players across the globe. Are you the fastest, smoothest pizza delivery girl in the world? The question will keep you up at nights, as you shave precious milliseconds off your perfect runs.

Ninja Pizza Girl is a taste sensation for your eyes, ears and heart. Those who have enjoyed a slice of Ninja Pizza Girl have said that the game is “a fast-paced and involving platformer, in which stylish, well-timed moves are rewarded.”, (The Guardian) and “a supreme platformer with a deep-dish message” (CNet).