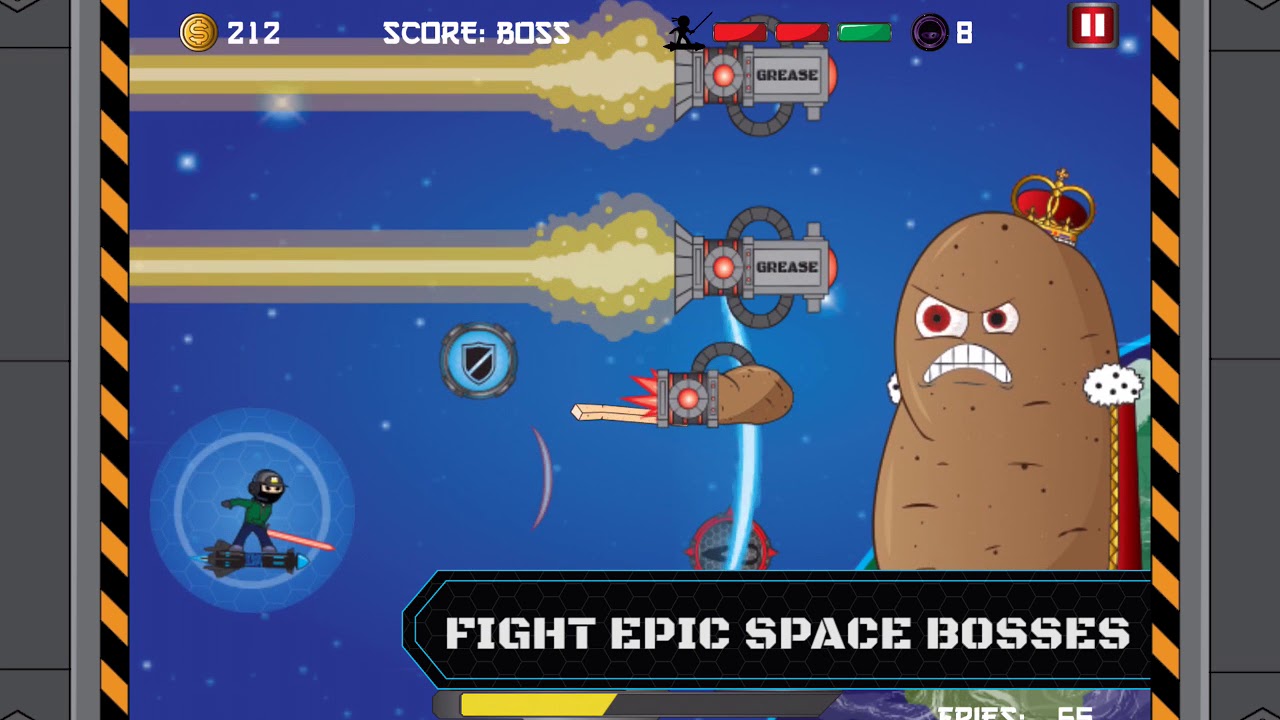 The Galactic Armada has stolen plans for the “Philosopher’s Stone” from Dr. N. Ventor. A device capable of reconstructing matter, the Philosopher’s Stone has the power to re-arrange protons via precise, controlled nuclear fission and fusion. Now, the good doctor has ordered Ninja Steve to steal it back!

Predictably, Steve finds it easy to infiltrate the facility run by the Galactic Armada – too easy, in fact. But on his way out, Steve trips the security system and unleashes a storm of lasers and tactical neutron missiles upon himself. As he runs toward the exit, a strategic backflip lands Steve on one of the missiles – and here’s where the adventure begins …

Guide Ninja Steve through minefields, laser blasts, and other space hazards. Slice your way through enemy lines using your laser sword to destroy enemy fighters, cut down starships, and battle powerful bosses – including a giant space potato! Make your way to the portal in style – and prevent the Philosopher’s Stone from falling into the wrong hands (again) in an out-of-this-world endless runner.

Survive through five levels (and a boss fight!) in a dynamic story mode. Once you’ve had enough of the story, test your skills in Survival mode and find out how long you can stay alive. If you think the game is too easy, crank up the difficulty by unlocking harder game modes – and get ready to earn even bigger rewards.

Pricing & Availability
Ninja Surfer is now available on the App Store and Google Play as a free-to-play app. IAPs are priced from $0.99 to $24.99 and can be used to acquire special weapons, new missile types, and a number of cool costumes.