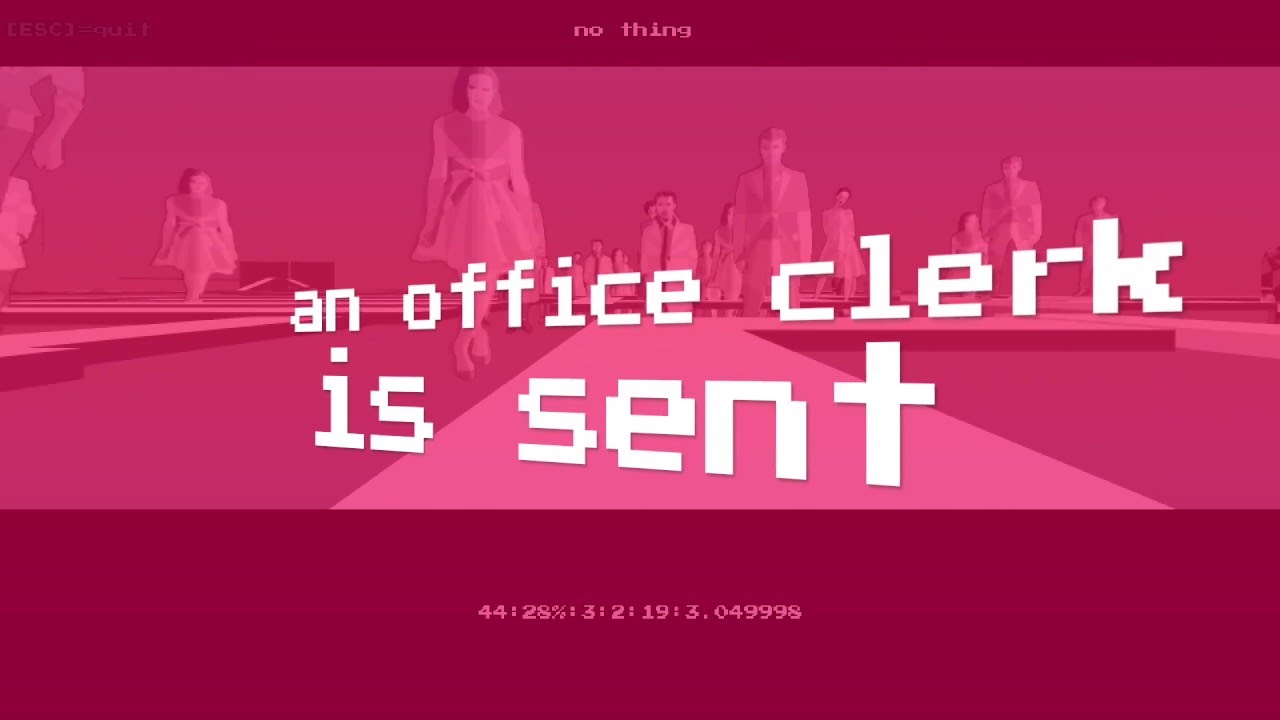 Psychedelia, weirdness, a totalitarian regime of the future – all that and more to be found in the brand new game from Evil Indie Games. NO THING will launch on Steam, iOS, Android, and Windows Phone on April 7th.

Imagine an alternative version of reality. The year is 1994 and it is the future. Monday morning. You wake up as a simple office clerk working for a totalitarian regime. You get to your office at 7:30 a.m. like any other morning, ready to do exactly the same job as you did yesterday, will do tomorrow, and for every next day till the end of your life. But this time it’s different. This time you have only one task to complete. You need to deliver and important message to The Queen of Ice.

But the voices. Those voices in your head… look at your face… look at your hands… I know what you did… They don’t make it any easier. But you must control them. Ignore them. Make them stop – the message must be delivered. The rebels are talking too much about the regime you work for. And the need to be stopped. But that girl… Oh God… that girl… did you see? Those buildings around you. They seem to have eyes. And be watching you. They seem to know…

NO THING, which you can watch in action in the launch trailer, gives you a surrealistic, psychedelic, disturbing vision of the totalitarian regime of the future, where you have only one task – to deliver an important message to The Queen of Ice. To complete it, you’ll be forced to run miles and miles down a maze-like pathway that is floating in the sky – so staying on it won’t be easy. Especially since you’ll be constantly distracted by voices, faces, and scraps of story appearing along the way.

NO THING will launch on April 7th on Steam (PC, Mac, Linux) http://store.steampowered.com/app/444800 with a 40% discount, that will last for a week and allow you to buy the game for $2,39. It will also be available for iOS, Android, and Windows Phone and during launch week you’ll be able to save 50% and get it for $1,99. Once the promo ends, the regular price of the game for all platforms will be $3.99.