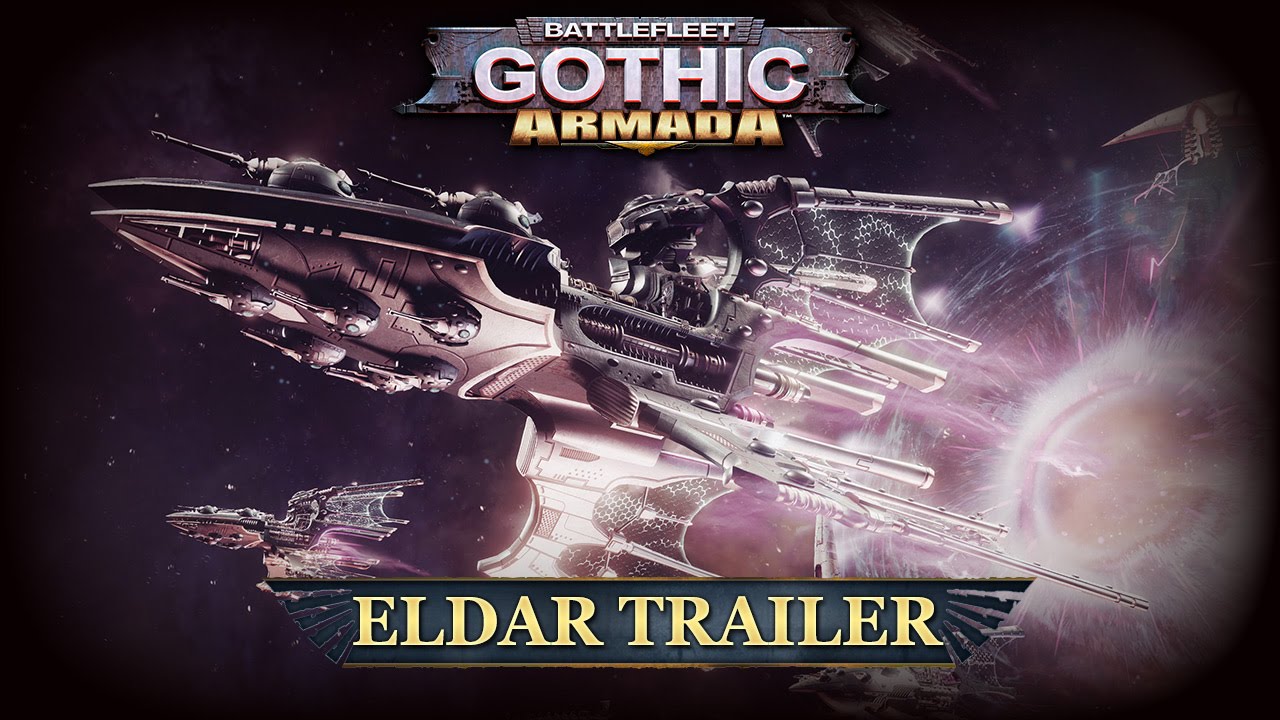 Fitted with the finest technology in the universe, Eldar ships are fast and highly manoeuvrable. They pack serious firepower, with incredible damage projection and application. Their strategy is based around hit-and-run assaults, taking their targets by surprise while inflicting maximum damage. Their speed allows them to disappear as fast as they arrived, as shown in today’s Eldar trailer. Eldar ships are as fast as they are fragile – they lack in any heavy armour. With the exception of their battleships, their craft are not fitted with shields, instead relying on advanced Holo-fields in conjunction with their speed and agility to avoid incoming fire. This makes them extremely hard to track and hit with conventional weaponry. Destroying Eldar ships’ engines is the best way to keep them at close-range, ensuring you have enough time to inflict lethal damage.

The Eldar fleet will be joining the beta next week! They will be ready to pit their guerilla tactics against the Ork’s brutal manoeuvres, the Chaos’ long-range gameplay and the Imperium’s balanced style, during epic and tactical space battles. Eldar fleets are built around strategies based on speed, surprise and sudden firepower, offering a brand new gameplay style and deep tactical options for Battlefleet Gothic players.

Battlefleet Gothic: Armada releases two weeks from now – and thanks to the tantalizing fun offered by the Beta, almost 100,000 players have already preordered the game. The current beta players, along with all who join them, will be able to help Tindalos balance the Eldar fleets as soon as next week, just like they have the other three factions. This will ensure the best possible experience when the game releases on April 21.

Developed on Unreal Engine 4, Battlefleet Gothic: Armada is an RTS in which the player takes command of one of these battlefleets composed of the most powerful spaceships from the Imperial, Chaos, Eldar and Ork forces, in a no-quarter given struggle for the control of the Gothic sector of space.

Battlefleet Gothic: Armada offers deep management of every ship composing the player’s fleet, both during and between battles. From the fastest frigates to the gigantic, miles-long battleships, the player will customize all aspects of his ships: weaponry, defense and support sub-systems, etc. each customization affecting the very performances of the ship and the special abilities available during battle. From battle to battle, the admirals and crew of surviving ships will gain experience and promotions, improving the battle-readiness of the ships for future, bigger and more dangerous battles.