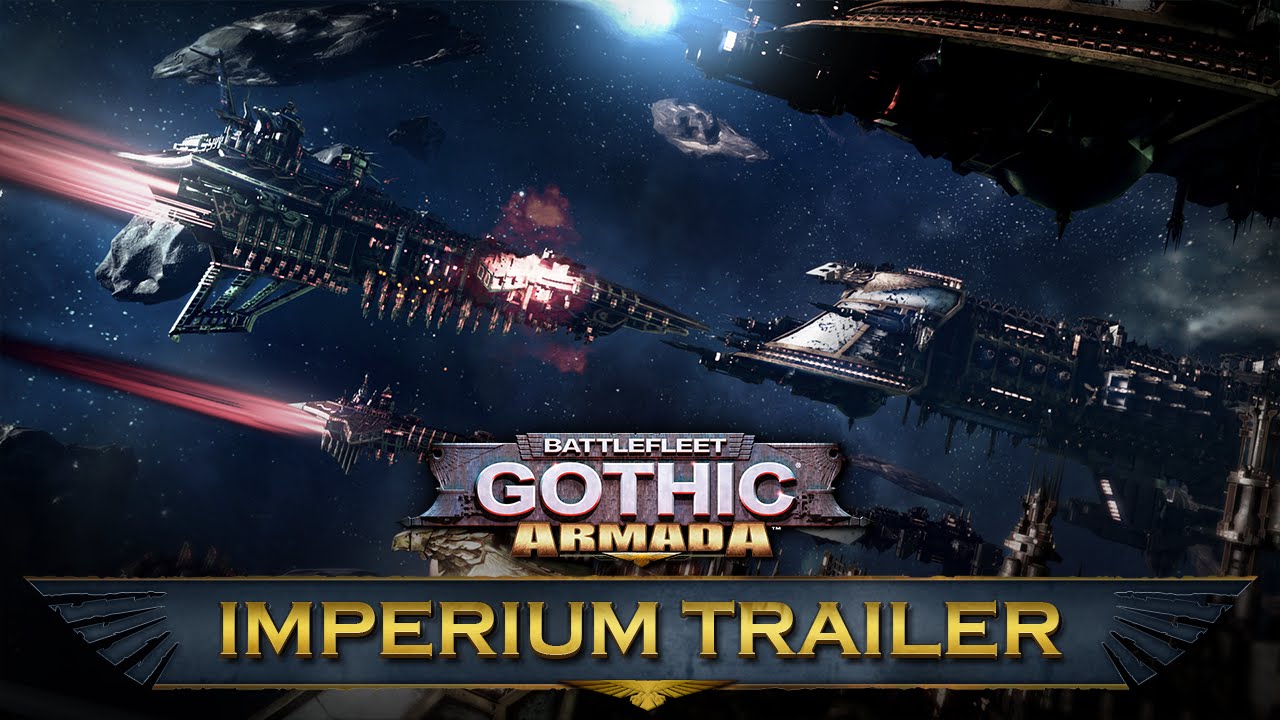 The Chaos Warfleet, led by Abaddon and his admiral ship the Planet Killer, emerges from the Eye of Terror! After revealing the Imperium ships and gameplay in a previous video, Battlefleet Gothic: Armada, the new space RTS set in the Warhammer 40k universe from Games Workshop, now showcases the Chaos fleet and its ships in a new gameplay video!

Over the millennia, many ships and their crew have betrayed the Imperium to join the Traitor Legions. As such, a big part of the Chaos Warfleet is composed of ancient ship designs that have long since been decommissioned from service in the Imperial Navy.

But make no mistake, this does not make them less fearsome. While not as heavily armoured, Chaos ships are faster than their Imperium counterparts, and out-range them with extensive use of weaponry such as Lances and attack crafts. These traits work well in synergy with the Stasis Bomb: teleported from your ship, the bomb traps enemy ships and their ordnance, while allowing your own lances to rain destruction on them. Astute Chaos admirals will be able to inflict considerable damage to the enemy fleet before they may even return fire.

Chaos ships, and their crew, may also receive the favours of the four Gods of Chaos. Khorne, Slaanesh, Tzeentch and Nurgle will reward your prowess in battle with Chaos Marks, each giving different bonuses and abilities to your ship, while warping their hull, dramatically affecting their appearance.

Battlefleet Gothic: Armada warps in on PC beginning of 2016.

Developed on Unreal Engine 4, Battlefleet Gothic: Armada is an RTS in which the player takes command of one of these battlefleets composed of the most powerful spaceships from the Imperial, Chaos, Eldar and Ork forces, in a no-quarter given struggle for the control of the Gothic sector of space.

Battlefleet Gothic: Armada offers deep management of every ship composing the player’s fleet, both during and between battles. From the fastest frigates to the gigantic, miles-long battleships, the player will customize all aspects of his ships: weaponry, defense and support sub-systems, etc. each customization affecting the very performances of the ship and the special abilities available during battle. From battle to battle, the admirals and crew of surviving ships will gain experience and promotions, improving the battle-readiness of the ships for future, bigger and more dangerous battles.
An expansive single-player campaign across the Gothic sector.

A real-time strategy experience retaining many of the tactical Battlefleet Gothic elements.

A plethora of lore-abiding skills to fill the player’s arsenal.

Upgrade and skill up your ships.