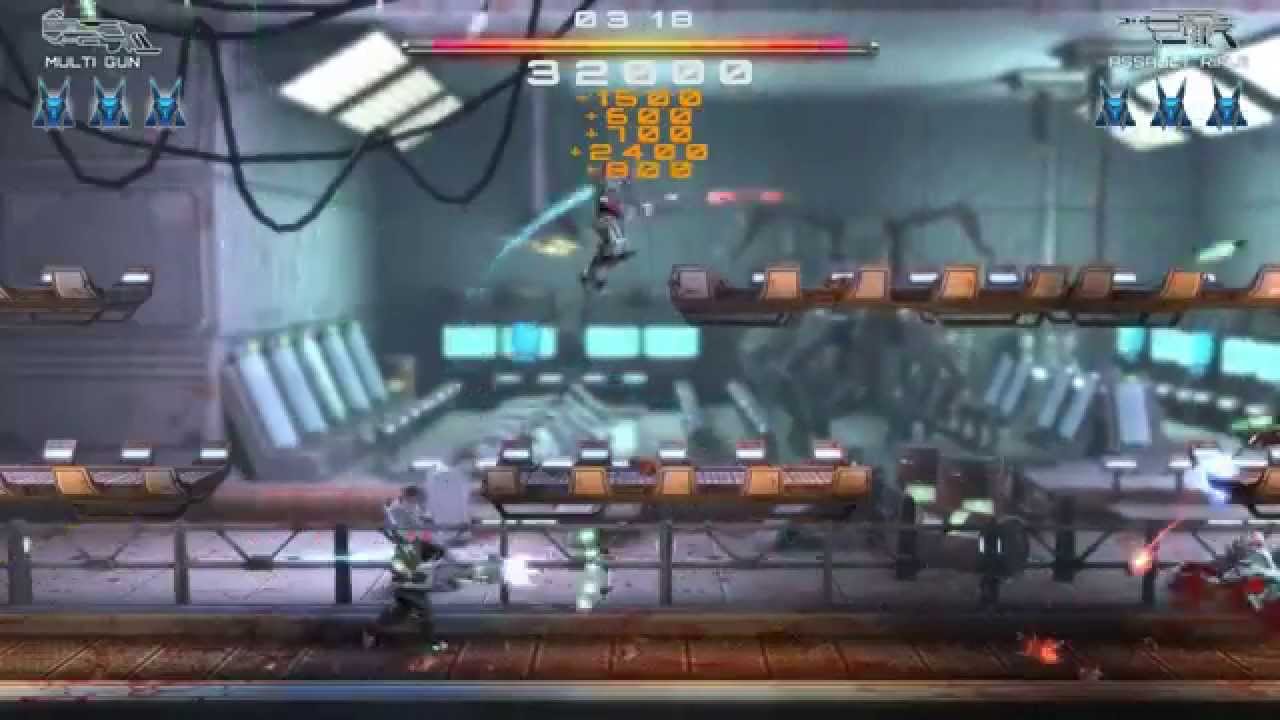 Essentially, Chaos Domain is a game about shooting bad people in the face. It is highly influenced by games from 8-bit and 16-bit era, including Contra/Probotector series, as well as titles like Abuse and Doom Troopers.

The game is set on a huge spaceship occupied by chaos cultists, where the main character (who clearly looks like a hi-tech version of the god Anubis) must kill everyone in sight. The game is obviously not story-driven, it’s all about action.

Players can upgrade weapons and purchase special items that can boost their performance. Local co-op for 2 players is available.

FEATURES
• Classic gameplay.
• 10 levels split into sub-areas, which gives us about 30 stages.
• Upgradable weapons and a range of special abilities to choose from.
• Pure hardcore run and gun action.
• Traditional 2 Player local co-op.