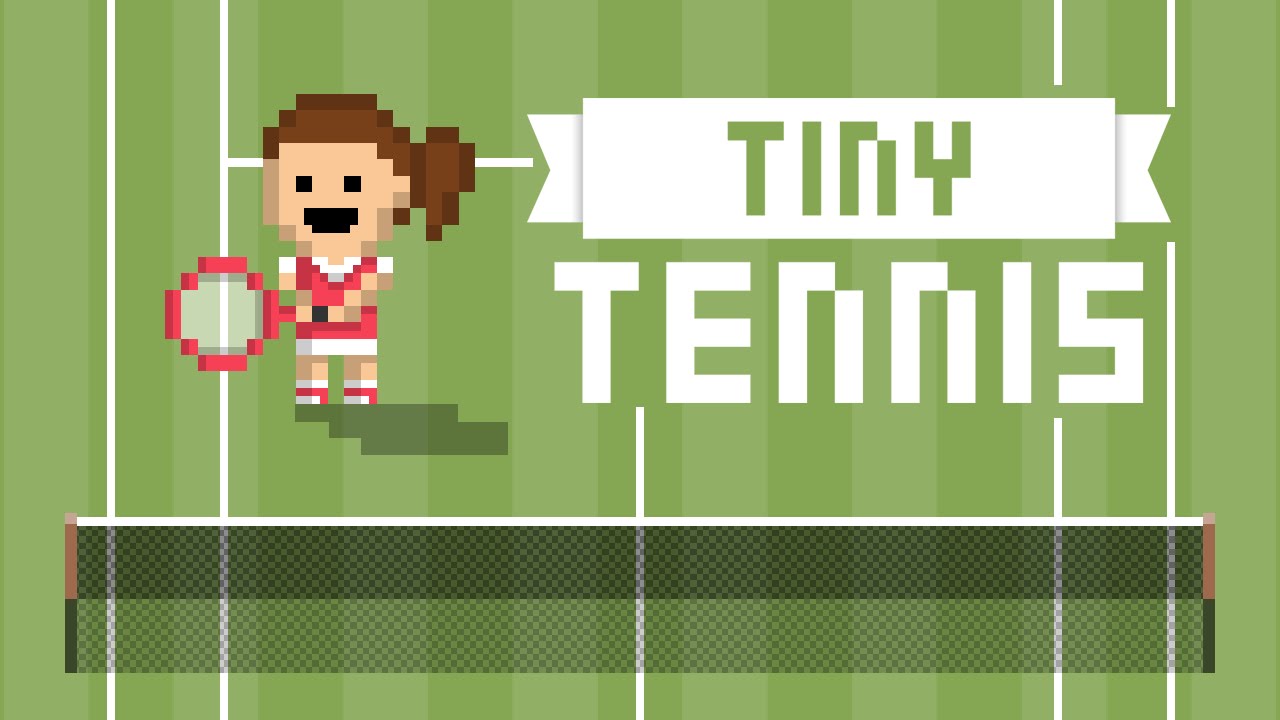 “Following the huge success of its predecessors, Tiny Goalie and Tiny Touchdown, we have brought more tiny pixelated fun to another popular sport, tennis. I love arcade games and tennis games in general, but there aren’t many good tennis games available on the App Store, so I wanted to create a simple and fun tennis game that I would enjoy playing!” said Anthony Barker, developer of Tiny Tennis.

“Tiny Tennis combines simplistic gameplay, speed and depth, making it appeal to both casual and hard-core gamers. Tiny Tennis’ strength lies in its simplicity – which has also proved very popular with Tiny Goalie and Tiny Touchdown. I had a lot of fun creating Tiny Tennis, it’s much harder than the previous Tiny games, and there is the added ability to change the look of your court, which the previous two games never had. Sometimes it is the simplest games that become the most addictive.” added Barker.

Tiny Tennis is an addictive sports action game from the maker of the global smash hit “Tiny Goalie” and “Tiny Touchdown”. If you love the excitement of Tennis, you will love Tiny Tennis – now available on iOS and Android.

To hit a ball, simply slide your tiny tennis player left and right to hit incoming tennis balls. Your objective is to score as high as possible, hitting all balls whilst avoiding flying water bottles.

Tiny Tennis is fast, fun and is not for the faint-hearted. This action-packed sports game may be simple to play but it’s a challenge to master. Select from up to 9 different Tennis courts and challenge your friends on Game Center.