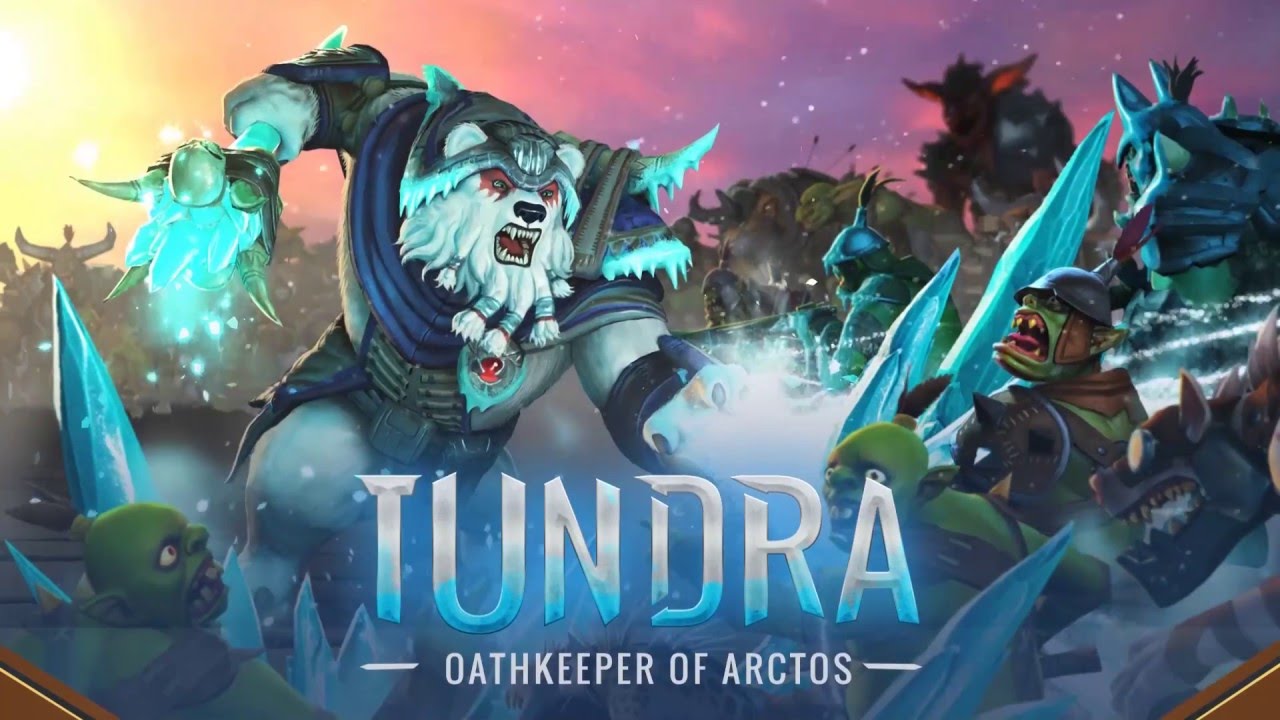 After the successful open beta start with over 1 million downloads in only three weeks, Gameforge and developer Robot Entertainment are now sending the greenskins from Orcs Must Die! Unchained into a frosty doom in ‘Oath of the Arctic Prince’. Now that the minions have made their unsuccessful charges upon the castle, port and canyon fortresses, they are now trying their luck on the new map ‘Avalanche’, a frosty snow version of ‘Surrounded’. To ensure the heroes do not end up squashed by the namesake avalanche, the update extends the playable ranks to include the polar bear ‘Tundra’.

The new hero trailer offers both an insight into Tundra’s abilities and a preview of the wintry wonderland:

Whilst Spring promises the arrival of warmth outside, in Orcs Must Die! Unchained the minions are gathering in icy temperatures to keep player excitement toasty. Not only have new ice and fire minions been added to higher levels which are now resistant to their associated damage type, but two bosses have also arrived: ‘Snowflake’ and ‘Iceberg’. The raging female yeti catapults deadly snowballs at her enemies and Iceberg punishes all who try to abuse the might of frost magic. To face them, players now have new hero Tundra by their side in Survival mode who is coating the Eventide Fortress with ice and snow together with his bear brothers on the frosty map ‘Avalanche’. Although the minions have quickly adjusted to the wintry conditions, the ever-popular killboxes will still become true death freezers. Newcomers can get to grips with all this in a tutorial that covers the basic game mechanics.

Tundra, a mighty polar bear, may have the softest of fur, but his mastery of the might of Winter commands respect. Even in the hottest of battles he keeps a cool head and strikes back approaching minions and enemy heroes with his sceptre in close quarters.

Alongside the damage he deals, there is also the possibility that with every attack he dishes out, Tundra’s opponents will freeze on the spot. As lord over ice and snow, the new hero then gets his money’s worth as the damage he deals to frozen enemies is much higher. Even enemies who keep their distance can’t rest on their laurels: using Icicle Burst, Tundra can fire three ice projectiles at his opponents. Alongside other abilities such as Wall of Frost, which slows enemies, and Flash Freeze, which freezes minions on the spot, Tundra can use the might of Winter in ‘Avalanche’ to transform himself into a gigantic snow boulder, allowing him to roll over his opponents.

The key additions in Oath of the Arctic Prince:

About Orcs Must Die! Unchained

Orcs Must Die! Unchained takes the award-winning Orcs Must Die! action tower defence gameplay to a whole new level with team-based gameplay! But don’t get cocky, because the stakes are higher, the traps are bloodier, and the invaders are even more ravenous. You’ll need to bring your A-game and a few of the biggest orc-haters you can find! Orcs Must Die! Unchained is set in the familiar world of its hilarious fantasy predecessors, years after the finale of Orcs Must Die! 2. With the discovery of dozens of new rifts and worlds beyond them, heroes have come from far and wide to wage all-out war for control of these magical gateways. In the years since Orcs Must Die! 2, the War Mage and Sorceress have done their best to rebuild the once-mighty Order. Their new enemy, the Unchained, is no longer the mindless horde defeated twice before, but instead an organized army led by its own powerful heroes. Orcs Must Die! Unchained is available as a free download for PC. More details available at http://omd.gameforge.com/.