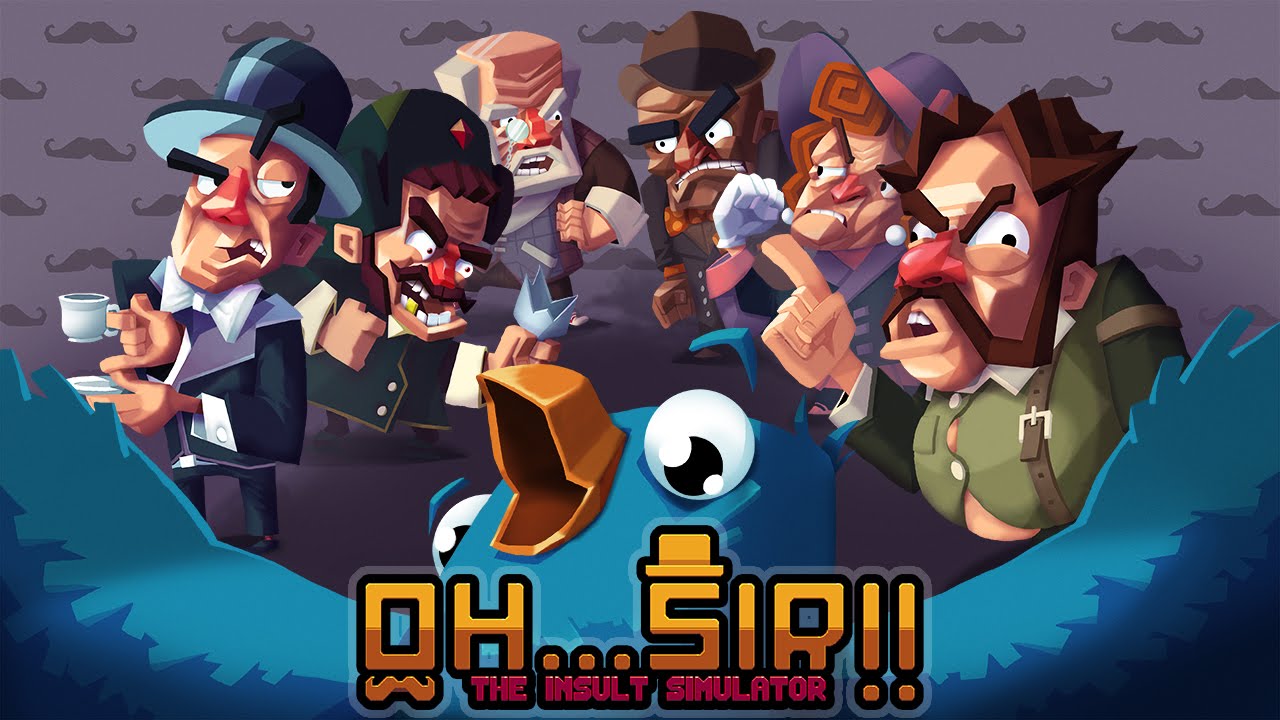 Remake of the irreverent roasting game adds single-player challenges, cross-platform online multiplayer and more when it arrives later this summer

Gambitious Digital Entertainment has announced it is partnering with independent developer Vile Monarch to release the competitive insult duelling game Oh…Sir! The Insult Simulator on multiple platforms later this summer.

Oh…Sir! The Insult Simulator is a fully-fledged remake of the original Oh…Sir! – created by Vile Monarch in 42 hours during the amJam game jam and released for free on Steam in 2015. This new title delivers even greater depth and variety to its chutzpah with fan-requested features like single-player gameplay, cross-platform online multiplayer, improved voice acting and special effects, tonnes of new insults and more.

Inspired by the infamous “Dead Parrot Sketch” from Monty Python’s Flying Circus, Oh…Sir! The Insult Simulator’s cleverly contentious battle system challenges players to create long-winded combos of verbal insolence to fling at opponents. There are five comically quarrelsome characters from which to choose, each featuring their own unique voices, quirks and jokes, over four distinctly cantankerous conflict scenarios.

Oh…Sir! The Insult Simulator is expected to launch later this summer with cross-platform online multiplayer for Windows PC, Mac, Linux, and iOS and Android devices.