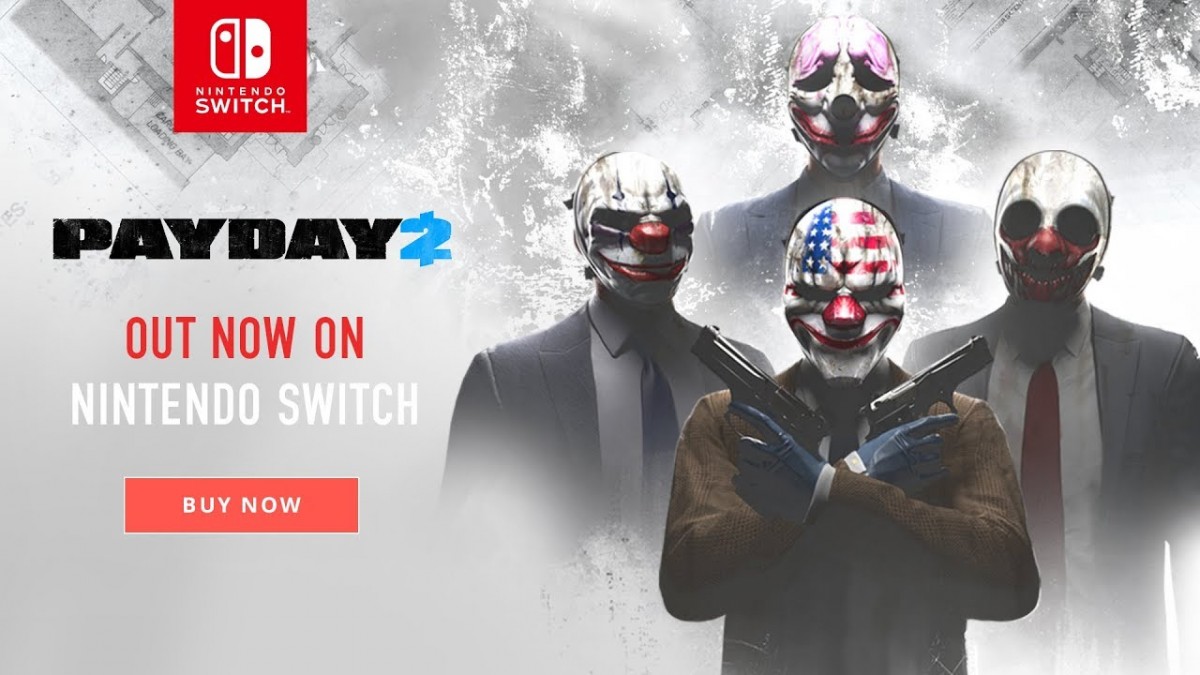 PAYDAY 2™ is ready for heisting on the go! Starbreeze Studios and OVERKILL – a Starbreeze Studio announced the game is  available on the Nintendo Switch™ system in North and South America, Europe and Australia.

With over 50 heists, more than 150 weapons and plenty of heisters to choose from, PAYDAY 2 for Nintendo Switch is the PAYDAY 2 experience players know and love. There are all-new features for the Switch version, including rumble support and full touchscreen main menu support, that make navigation easy and intuitive.

To celebrate the launch of PAYDAY 2 on the Nintendo Switch, OVERKILL is also releasing a brand-new heister: Joy. She’s a Japanese computer whiz living in the United States and comes with her own hacker perks and weapons. Most importantly, she has her own custom LED light-based mask that changes her appearance on the go. PAYDAY 2 on the Nintendo Switch also adds a new local multiplayer mode to CRIME.NET – called CRIME.NET Local Play – that allows players to set up a local game and invite friends to heist together on the same local network.

With more than 5.5 million community members on the main PC digital distribution platform Steam, PAYDAY 2 has had more than 160 paid and free updates since its release in 2013. First launched in 2011, PAYDAY is a cooperative first-person shooter computer and video game franchise with more than 16 million units sold on PC, SteamOS, PlayStation®4, Xbox One, PlayStation®3, Xbox 360, and, now, the Nintendo Switch system. PAYDAY 2 VR is now also available in beta for HTC Vive and other headsets on Steam.