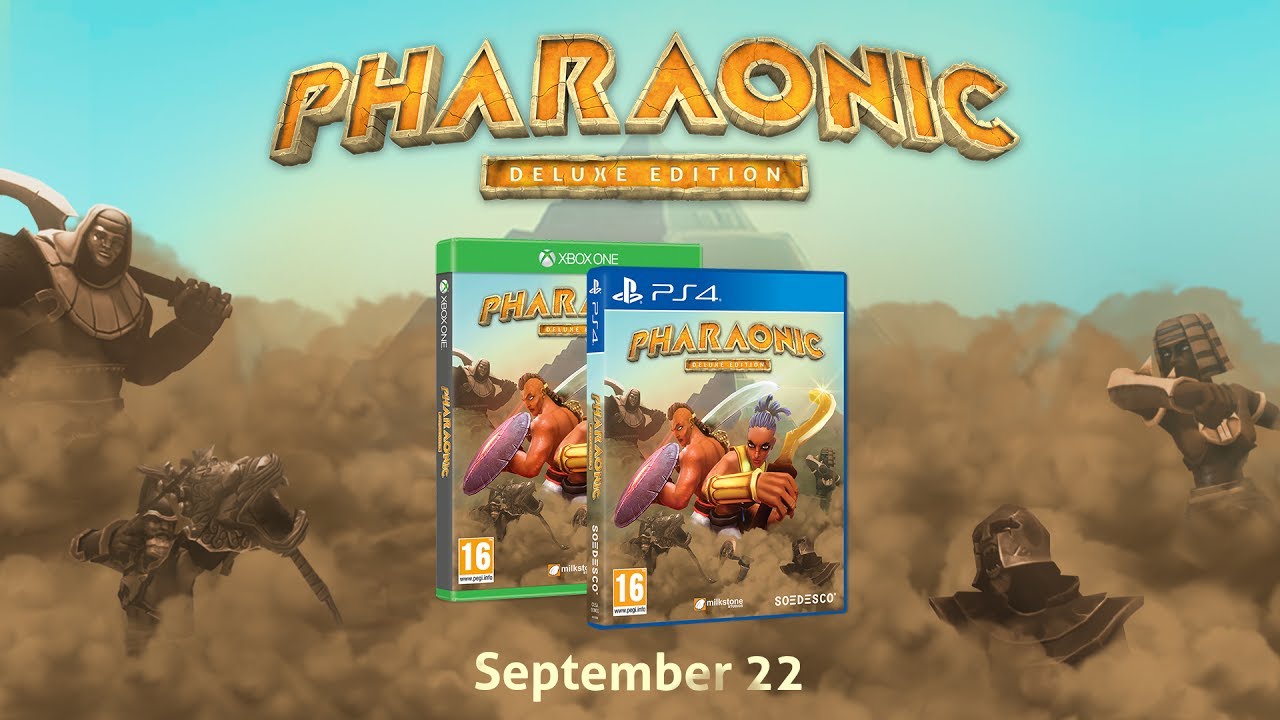 SOEDESCO announced that Milkstone Studios’ side scrolling combat-RPG Pharaonic is getting a boxed Deluxe Edition. The game comes out for PlayStation® 4 and Xbox One on September 22.

The Deluxe Edition will include the game and a physical copy of the original soundtrack which contains twelve tracks that immerse the player in the world of Ancient Egypt. All tracks are composed by Carlos Viola, who is also responsible for the soundtrack of critically acclaimed horror adventure The Last Door.

Combat design similar to Dark Souls
Pharaonic is a brightly colored side scrolling Combat-RPG set in Ancient Egypt. Players start out as a slave who has to reveal the secret behind Ahmosis I, the Red Pharaoh. They engage in numerous battles to be able to complete their quest for the truth. A single mistake can be fatal, so they have to stay on their toes in order to survive.

Many players compare Pharaonic’s gameplay to that of Dark Souls and not without coincidence. Milkstone Studios has adapted the Dark Souls style combat design to a fast paced side-scrolling Egyptian themed environment.