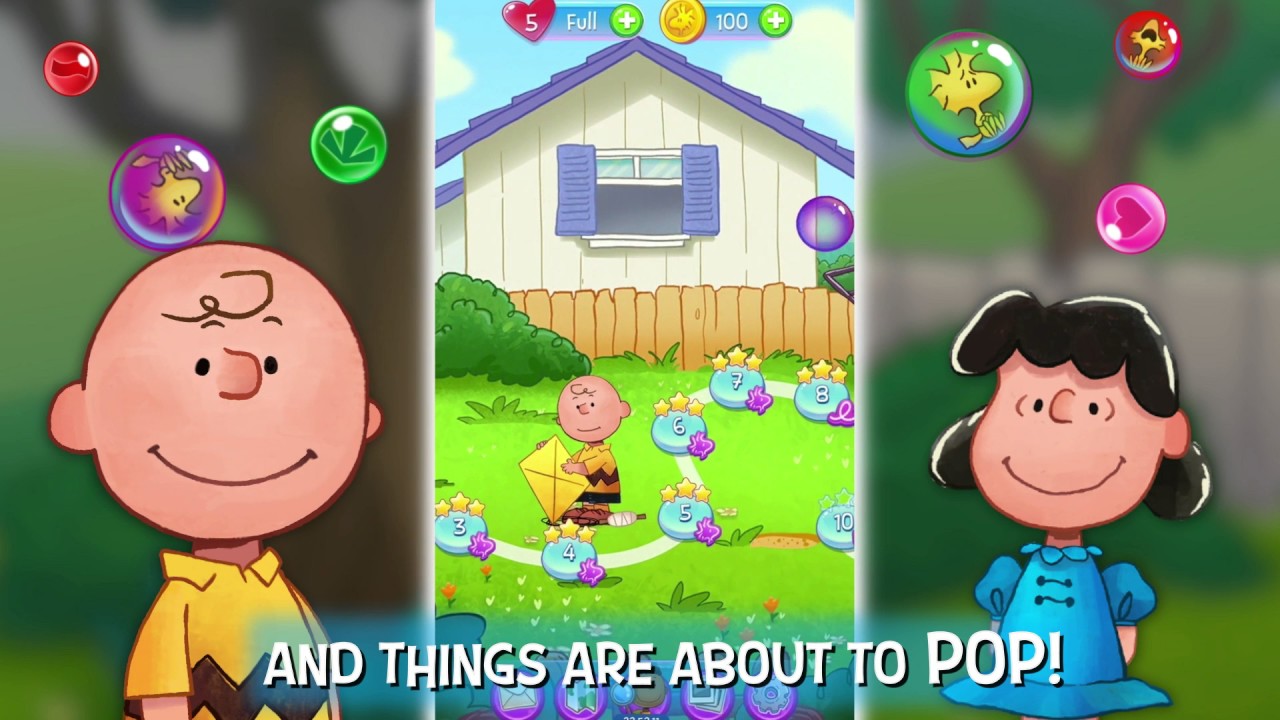 Jam City and Peanuts Worldwide announced the worldwide launch of Snoopy Pop, an all-new bubble shooter game starring the beloved Peanuts characters and Snoopy alter-egos from the classic comic by Charles M. Schulz.  Additionally, it was also announced that Jam City, in honor of the Peanuts and Schulz legacy, will make a $100,000 contribution to Canine Companions for Independence, the largest provider of assistance dogs for children, adults and veterans with disabilities, including adults who are deaf or hard of hearing and professionals that work with groups of people with disabilities.

Created in close partnership with the artists, animators and storytellers at Peanuts Worldwide, Snoopy Pop gives anyone with a mobile device the ability to help rescue Woodstock and his flock of birds who have been trapped in bubbles. The free-to-play game is available in the App Store and via Google Play.

“Jam City is proud to be launching a game with one of the world’s most iconic brands.  Creating a game with Snoopy and the Peanuts gang has been a labor of love for our artists, storytellers and technical teams,” said Josh Yguado, co-founder, President and COO of Jam City. “Additionally, and in honor of Charles M. Schulz’s legacy and love for the organization’s mission, Jam City is moved to be supporting the important work of Canine Companions for Independence through Snoopy Pop. Canine Companions enhances independence by providing highly trained assistance dogs to Veterans and people with disabilities.”

The Peanuts Gang is Back!
Snoopy Pop gameplay features include:

“Snoopy Pop is just the type of interactive experience that we love, that bridge Peanuts into this new digital age,” said Roz Nowicki, Executive Vice President of Peanuts Worldwide. “We are also thrilled that Jam City is supporting Canine Companions for Independence, a charity near and dear to the hearts of both Charles and Jeannie Schulz. The demand for highly trained assistance dogs is ongoing and growing and this will help CCI bring additional dogs to those in need.”